CBD Successfully Helps People With PTSD, When All Hope Is Lost

America has long equated smoking weed with military veterans, but until recently, negatively so.

Stories of soldiers getting “stoned on the job” in Vietnam eventually evolved into an understanding that these men and women simply were trying to survive a living hell.

Indeed, it was a way to cool off in more ways than one. A recent medical study conducted in Hanoi showed that heat alone has a tremendous impact on mental illness.

Unfortunately, PTSD is classified by DSM, the bible of psychiatry, as a mental illness. It’s stigmatizing because people with PTSD are victims first and foremost, and we often forget that.

Thankfully, now we know just how important cannabis is to the mental health of our veterans, or for anyone who has experienced great trauma.

PTSD can happen to anyone – victims of violent crime, parents who have lost children, children who have lost parents, a person who has seen another person die a violent death. The list is endless, which essentially makes it a qualifying medical cannabis condition for many people in many states.

THC, the psychoactive ingredient in marijuana that puts you in your happy place, is also great for putting anxious people to sleep. But an ingredient in cannabis (and hemp) called CBD also has important medicinal effects.

CBD has been acknowledged by the medical establishment for its therapeutic effect on people with PTSD. However, many physicians and psychologists remain staunchly opposed and refuse to help patients get their medical marijuana cards.

“Neurobiological research points to cannabinoids as possible therapeutic agents of interest. Moreover, observational reports indicate that there is growing popular interest in therapeutic use of cannabinoids for the alleviation of trauma symptoms.”

After a review of past and current research, the authors specifically noted:

Don’t kid yourself. The body high felt by smoking cannabis strains with high CBD creates a euphoria of its own, particularly the more tightly you are wound. The tenser the muscles, the greater the relief with CBD. Also, expect lots of yawning, but not necessarily flat-out sleepiness. Total relaxation.

My Personal Reunion With Cannabis 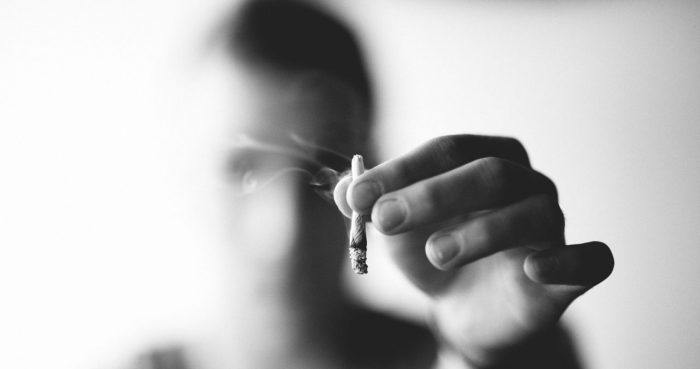 I gave up cannabis completely for 90 days when I first got sober in 2014, smoking it again on day 91, but then abstained again about a year after that.

I remained off cannabis for a little more than a year, which is sort of remarkable considering I smoked it pretty heavily for the 15 years prior.

When I inherited some money from my dad in January of this year, I jetted off to Miami the very next day. After ordering Uber to attend a SMART Recovery meeting, and being taken to a coin laundry in Pompano Beach instead of the community center in Hollywood, I fell off the wagon and spent the evening in the hotel bar. The Wreck Bar, in fact. And while watching a live mermaid show at the bar, got pretty darned trashed.

In fact, I was interviewed by a man dressed as a pirate who showed up with a television crew.

By the third day of my vacation, I had heard weed was to be found at Bahia Cabana, which was across the street from my hotel in Fort Lauderdale. Bahia Cabana was a scene, indeed. Soon, I met a veteran with PTSD. The next thing I knew I was at a party with he and his girlfriend and weed was being passed around.

I will say that it made me a little paranoid after a year of abstinence, but I immediately felt my racing mind slow down to a somewhat normal speed.

To make a long story short, over the next five months, I jetted all over the country. On every stop, I smoked weed. Finally, in April, I told my therapist I was going to apply for an Illinois Medical Cannabis card for my PTSD. She wrote a letter for me to take to a doctor who was 150 miles away in Chicago. I also got my records from my primary care physician. After spending $600 and driving to Chicago and back, and spending two hours at a clinic there, two months later, I received my card.

Getting the card seemed to be a bit of a hassle for a community of 400,000 people (the Quad-Cities). It certainly demonstrates the stigma surrounding cannabis and the strong-arming of doctors by the medical establishment not to help patients find relief.

The card has changed my life. Illinois has an incredible program. Many strains are grown specifically to treat PTSD, with flower that have THC-CBD strains as high as 3 to 1. In some states, you would be doing really well to even get that ratio flipped.

In fact, when I took a trip to Colorado in April, I was shocked that there did not seem to be many high-CBD strains even for their medical consumers.

That’s pretty crazy considering they will forever be considered the birthplace of the modern-day marijuana movement in the U.S.

CBD Gets People Off Hard Drugs

In its April 2017 analysis, even the above-referenced study conceded that current pharmacological treatment options are not very effective.

Anyone weaning off benzodiazepines with cannabis needs to do so under the supervision of a doctor (which I did). After my January alcohol relapse, I continued to relapse every time I went out of town (which was once a month through May). Then, I spent May and June drinking here and there and even visited a few local bars.

Now, off the benzodiazepines completely (which was not easy by any means) I feel a renewed sense of commitment to my sobriety and have been alcohol-free for about a month again. I’ve lost weight and look great. I am fully re-committed to my sobriety. 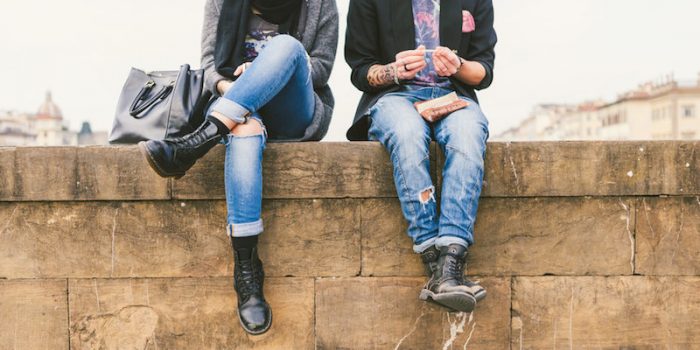 For people with PTSD, alcohol is pure evil.

A good friend who also is a cop in my town once told me that booze is like “throwing alcohol on the fire,” and that’s exactly what it is for people with PTSD. That’s because we are generally angry about whatever has caused us to be fearful and paranoid. We feel like outcasts. When we drink, it all comes out, often very inappropriately.

Stories of people with PTSD getting and staying sober with marijuana abound. While 12-step recovery groups such as Alcoholics Anonymous frown upon marijuana use, thriving chapters stocked with cannabis smokers exist in most moderately sized areas. Don’t ask, don’t tell is the credo I saw when I was attending “the rooms.”

Between the CBD and the THC together, what is known as an “entourage” effect makes the perfect prescription for angry people: Calm, and sleep. Paired with certain terpenes, or the compounds on the cannabis plant that give it its smell, cannabis with CBD even can be uplifting and suitable for daytime use.

Many states, such as Illinois, specifically grow strains high in CBD content. One cultivator in Southern Illinois, Shelby County Community Services, is a non-profit. The cultivator actually provides mental health care to the community with cannabis proceeds, and even employs developmentally disabled people in the cultivation centers.

CBD Serves As A Social Lubricant 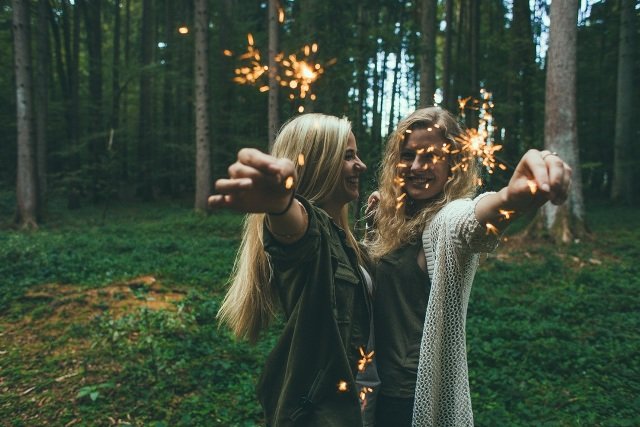 While THC can induce paranoia, CBD generally does not because it does not cause a so-called “head high.”

People with PTSD can get to where they isolate themselves and don’t leave their homes. They do this because people are too difficult to deal with; instead they choose avoidance. Somebody might say something wrong or even look at a person with PTSD wrong and set them off.

People with PTSD are always on guard (even horn honks while driving can be overwhelming) and often paranoid. I once told my therapist I did not trust a single person in the entire world. She replied, “Why should you?”

And no, why should I, after what happened to me. But I still have to try to function and get by, and it’s very, very hard. If I did not work from home in peace and solitude, I truly do not believe I could work at all.

Yet, most people don’t have that luxury. And even for people who are outstanding at what they do, being self-employed can be downright scary at times. Still, I believe it is my only option. So, my heart breaks for people with PTSD who cannot find suitable work, and probably aren’t qualifying for SSI either.

The good news is that CBD eases the tension, the paranoia and the anger enough to go out and about. On many days, you find there are nice people in the world, too.

Just as a horn honk can be annoying to someone with PTSD, even people with PTSD may not hear the horn honk if they are stoned. And we know about waiting for stop signs to turn green.

Never drive while smoking weed, unless it is a very low THC strain and you feel completely comfortable. CBD, by the way, does not make a person high. But when combined with THC, the effects become stronger.

CBD Relaxes Even The Tensest Of Muscles 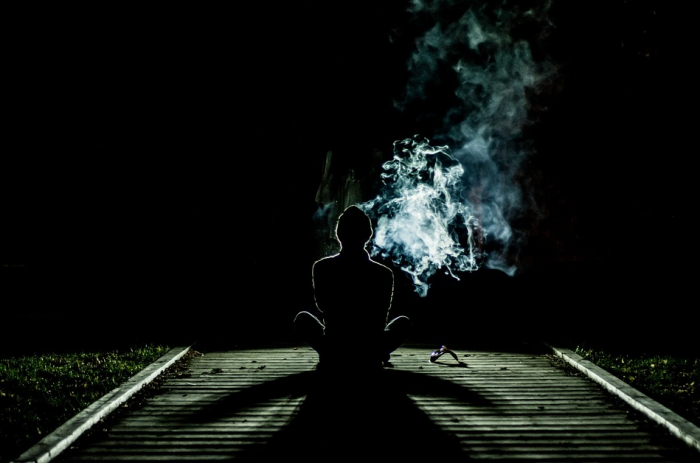 When smoking strains high in CBD, consumers overwhelmingly report feelings of intense body relaxation. I first noticed just how intense this can be when I developed a slight cough.

Each time I would cough while smoking cannabis, my rib cage would contract in such a way that it would pop the bones in my back. Normally, I would be so tense that would never happen. However, the CBD relaxes the muscles, which makes it easier to relieve that tension.

Vets, Others Must Get Past Stigma, Drug Tests 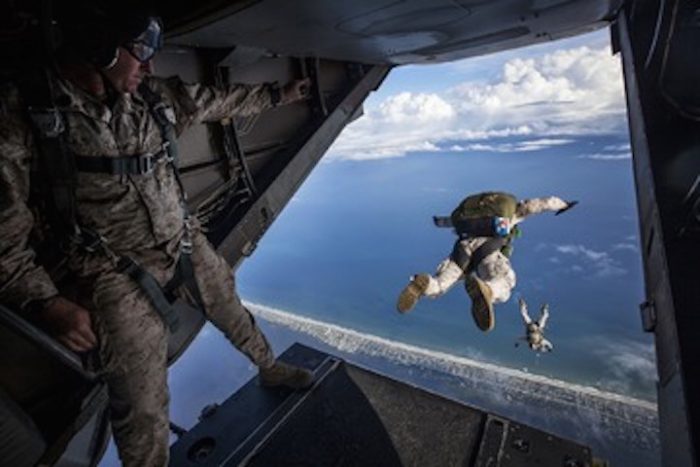 CBD increasingly shows promise for PTSD, particularly when used from the cannabis plant in tandem with THC. But the VA increasingly is making it difficult for veterans seeking relief.

In fact, many veterans have reported doctors revoking or threatening to revoke their prescription medication for testing positive for cannabis. The VA does reserve the right to drug test its patients, and they do that if they deem fit.

While some veterans will report they have not encountered this problem at their VA healthcare center, at least a dozen have commented on my Facebook page, emailed me, or personally stopped me around town to tell me otherwise. You can read the current VA policy on cannabis and PTSD for yourself.

In the end, it leaves many patients harshly addicted to benzodiazepines or even opioids with little hope of getting off the substances. They are so addictive, immediately stopping medications like Xanax and painkillers actually can result in death, Psychology Today reported.

In states where marijuana is legal, opioid overdoses have plunged. Fewer painkiller prescriptions are being filled, too.

The treatment of veterans returning from Vietnam involved enough ignorance. Now, these men and women, of more urgent need to our country than ever before, again are being denied comfort and relief.

How To Choose The Best Cannabis Strain For You