Politics, The Mob, & How Cannabis Is Involved 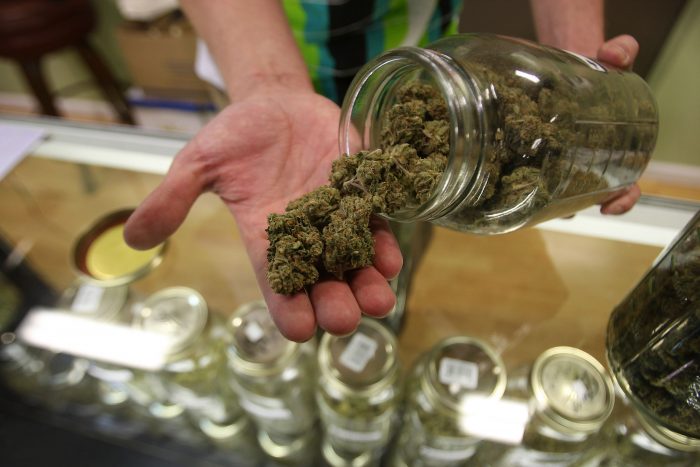 I was told from an anonymous politician, “Cannabis is controlled by the government in certain countries of the world.” I was like, “Well, yeah dude, they’re the government” He was like, “No no no, brother. This is not your average mob control.” He captures my curiosity by saying that and I needed to know more.

So it appears that in some countries, religion is still the acme regulatory function in a societal group.

We, as a species, are mammals. As beings, we are God’s creatures. No argument there. And just for note, this is all matter of biology and how politics is involved. So, being mammals, we know that hierarchy is a must. Otherwise we’d be killing each other for a pound of meat, maybe an ounce. Which sadly still happens in some parts of the world. It is what it is, but this is where religion and government came in.

Apparently, the origins of hierarchy stemmed from late to Middle English, via French and Medieval Latin, and before that, from Greek, hierarkhia, according to Apple dictionary. Wikipedia claims the same, from Greek – meaning “ruler from a high priest.” My Apple dictionary claims “the earliest sense was [system of orders from angels and heavenly beings]. So the origins are the same but the definition is a tad different. One is more spiritual than the other, but both sound controlling in a mythological sense. This is the definition; so let us focus on the definition of this noun.

In the definition and under the category of animalia, this is bioscience, mammalogy, hierarchy is the dominant figure in a family/community of mammals in order to preserve the breed and Harem of the female’s and/or male’s area of land or territory and offsprings for the future.

If you piece A & B, we have a cocktail argument with religion and biology. Still, if it weren’t for the government, humans would destroy each other. Funny since they play a third party between us. So, in this sense, they are the dominant figure.

A mob is a convoluted subject. They are fickle, finicky and fray in many studies proven. Mr. President just announced that trillions of dollars have been cut for the high class of society. In this approach, me as a citizen, I’m the fray. Same in nature. Your average herbivore is below the food chain line and is fickle, finicky and fray for them carnivores. The fact there is a plenty to count, a major force must control that sum in a society. That major force needs to be paid, so taxation comes to hand. In nature, biology, taxation is what we leave behind. Mammals don’t pay. They eat, shit, and die. That is their contract and I’m sure all that plays a tremendous part in natural selection and the cycle of life.

The death of a mammal and other creatures, like insects and reptiles, in nature benefits two factors, one: either being eaten by other predators, or two: dissolved and decomposed into earth by fungi and other parasites and microbes that can benefit from and which benefits earth itself.

So when my friend explained to me that a society at a certain time of the year had a certain privileges and luxury of smoking weed, I was confused. “Tell me more,” I told him.

So it seems, in certain third world countries the populace is allowed to consume weed, from one benefactor, one family that has a deal with the government and its politics, to only use weed for recreational use only. You can’t sell it, grow it, or make money out of it, only to buy and consume.

So let us say, from March until Jun, all markets for selling and consuming weed is opened. All buy that commerce from one family that produces it. We are talking about, coffee shops, pharmaceuticals; recreational dens; smoke joints; gas stations. Every business that can sell something, would purchase weed from this family and sell it under he radar. The sell of seeds though is illegal.

The entire country flocks to these sales. Not only they purchase a great sum for the next month or so, they stock up for the entire year. So imagine the amount of money that’s involved in this idea and system that is only monitored under the radar. Fanatics don’t have a say, religion doesn’t have a say, people don’t have a say, only the high supreme government has a say. Remember, all these transactions are being taxed, let’s not forget that.

Now, during these times, the citizens are not prosecuted or given a fine if caught, a simple fee and your out smoking and consuming again. It’s like a parking ticket, so, I told him, “That is control.” He smiled as he took a drag of his cigarette.

This is not mind control, or sustenance control; this is not a conspiracy theory, apparently these are facts, hard to prove facts to be frank, but we all know in the back of our minds that governments do control the populace. It is how the system is. So we are the animals and they are nature.

My consensus on this article is that it’s cannabis not heroin or coke, or meth. Cannabis, a substance that qualifies as a major drug almost everywhere around the world and yet it is being used in a sense of control to benefit everyone. Good on them for choosing cannabis.

So why is this? I wanted to know more about this. Why cannabis? What’s the catch? So I arranged another meeting with a friend of law in the country I was in at the time and asked him, “Do you believe the government is using cannabis to control a mob at certain times during the year?” He replied after a deep thought, “well yes of course.” I asked, “why?” He replied, “Well, in order for them to comply.”

Comply? “Comply to what?” I asked. He sighed and explained, “By giving the mob something that is illegal that they want. Our vision was that in return, they comply the rest of the legal acts needed to keep and sustain a populace.”

He continued, “It is a symbiosis relationship between us and the mob, we found with our studies that crime level has depleted, so has theft, and even murder” “We loosen the thread a little then pull really hard.”

I asked, “So it is a form of control?” A long pause as he took a long drag off of his cigarette, then exhales and releases the smoky nicotine, then replied, ”Yes”.

My final question was, “Why cannabis?” “Well, as study has shown that, out of all the addicting substances humans consume, including coffee and nicotine, cannabis was the least addicting.”

“And this study was conducted in this country?” “Yes, of course.” So I followed with another question, “So you believe the government is making great sums from this system, if so, how much?”

“I will not include numbers, but yes, the entire country is benefitting from this system.”

“Well paying country debt is one of the processes” He laughs – “Providing free education for the poor, health and medical welfare as well, the list goes on.”

I know for a fact that this country is beyond corrupt, but still I had a sense that they have a great deal and arrangement going on.

According to csmonitor.com, the FEA, The Federal Enforcement Administration classifies weed as a Schedule 1 drug. Meaning drugs like Psilocybin, MDMA, LSD, Heroin, Peyote are in the same category.

Now why is it extremely illegal? When MDMA and LSD is part of that Schedule and in the 60’s and 70’s they were used for psychological use on patients. I’m going to leave it to that they didn’t know the facts and causes of these drugs. Meaning, they failed to conduct a proper study.

Cannabis is a product being used as a commodity in regards to a form of control by a superior power. This philosophy is deeper than your average regulation control system by a superior body. They know the benefits this product can produce, so these third world countries are benefitting from a major commodity that developed, capitalist industrial countries are avoiding.

According to the Normal.org website, their main mission is to reform marijuana laws, in 2003, the last year for which statistics are available, law enforcement arrested an estimated 755,186 persons for marijuana violations.3 This total far exceeds the total number of arrests for the violent crimes of murder, manslaughter, forcible rape, robbery, and aggravated assault.4 Today, state and local taxpayers spend between $5.3 billion5 and $7.7 billion6 dollars annually arresting and prosecuting individuals for marijuana violations. The federal government spends an additional $4 billion per year on marijuana-related activities.7 These monies would be far better spent targeting violent crime and protecting national security.