Looking for Something Different at Your Wedding? How About a Cannabis Bar?

If you’ve always been more partial to cannabis rather than alcohol, then how about incorporating it into what will be one of the biggest days of your life… your wedding day! Due to the rising number of states with legal recreational marijuana, cannabis bars are becoming an increasingly popular alternative. 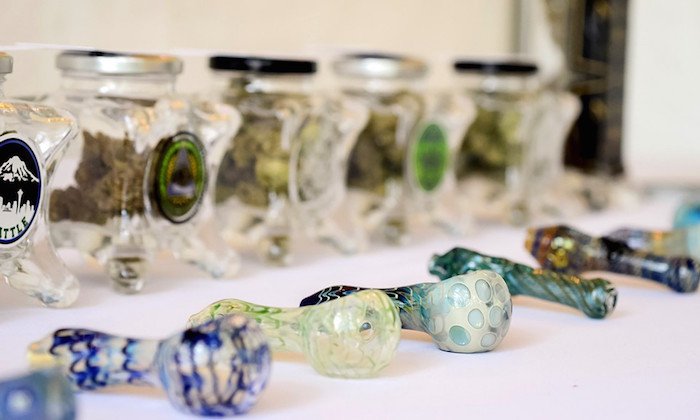 An example of this is Oregon couple John Elledge and Whitney Alexander, who opted for a “weed tent” instead of the traditional open bar. In such a case, there can only be one type of bar at an event, either a weed bar or a standard alcohol bar. It’s illegal for marijuana to be distributed at an event where there is a liquor license involved. That’s not to say that it was an entirely dry event though. Limited alcohol selections (beer and wine) were served in the main reception tent. 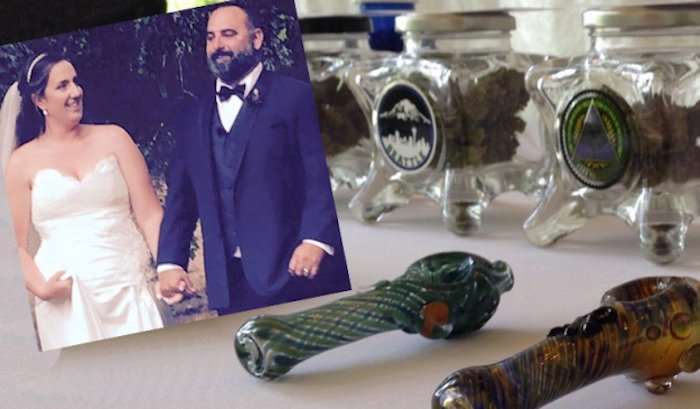 The setup included much more than just marijuana samples. There was an open weed bar with many top shelf strains to choose from, a variety of hand-blown pipes to use, transportation to and from the event, and an experienced budtender to help guests who were in need of a little guidance. The couple even arranged for water and snacks to be continuously supplied throughout the night, because we all know how important that is! Non-smoking guests were also taken into consideration and the tent was placed at a distance from the reception area, with the opening away from the crowd so the smoke wouldn’t bother them.

It’s a genius idea because everyone will still have a lot of fun, while diminishing the likelihood having to deal problems from overly intoxicated guests. The marijuana wedding industry is relatively new but booming. So if you live in a legal state and would like to do something fun and unconventional for your wedding, consider contacting some local cannabis wedding planners to help make your special day even more magical!