Indica vs Sativa: What’s the Difference?

Cannabis is typically classified into two main categories: Sativa and Indica. Each of the plant strains look and behave differently as they grow. They are said to have distinct chemical makeups that define their highs and applications.

However, recent research has shed new light on the topic, and the two breeds may be more alike than we’ve previously thought. We’re going to talk about how the plants differ physically, then we’re going to explore how the classical view and the new science stack up. 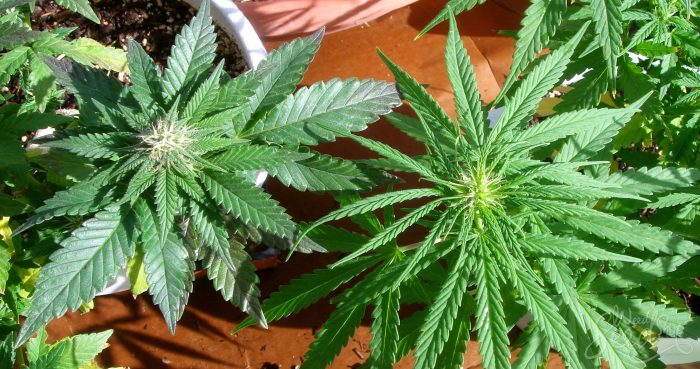 Whatever the chemical makeup of the plant, the two strains are noticeably different physically.

Indicas tend to be shorter plants with wider leaves. They are generally 2-6 feet tall and take 6-8 weeks to flower. They have higher yields and denser buds. These factors make them good candidates for indoor cultivation.

Sativas on the other hand can grow to be towering 8-15 foot plants. Their leaves are thinner and their buds are more lightly dispersed. They are better suited to outdoor growth and take longer to flower, about 10-16 weeks.

Of course all these factors are dependent on the particular stain and the growing conditions, which matter a whole heck of a lot.

Traditionally, it has been known that indicas give you a relaxing body high, and sativas give you an uplifting cerebral high. This is a very simple explanation of the different strains, and it can be an easy way to start categorizing them. It may just be a quick rule of thumb, rather than a scientifically defining category.

Indicas are well know to be both mentally and physically relaxing. They typically contain more CBD (associated with better body highs) and are better suited to treat acute pain, insomnia, anxiety and nausea. Indicas affect the level of dopamine in your brain’s reward centers.

They are great for a late night, before bed stone or a munchies and binging on Netflix kind of time. They are the couch potato’s best friend.

Sativas are often compared to coffee. They are the uplifting, put you in a good mood or headspace for creative projects kind of bud. They contain higher ratios of THC (better suited to cerebral highs) and are good for depression, chronic pain and daytime use.

Sativas boost levels of serotonin which contribute to being in better moods, learning, anxiety and appetite.

The New View: The Marijuana Spectrum

What these researchers have found is that not all sativas are heavy cerebral stones. And the same goes for not all indicas being body stones. They’ve found that, on a chemical level, the plants are more similar than we’ve thought.

Yes the plants look very different when they grow, and that matters a lot to growers. But there isn’t a huge difference between indica and sativa when they look at THC and CBD levels. Some indicas have high THC content while some sativas have high CBD content, contrary to the classical view.

The THC and CBD levels matter more than whether a breed is sativa or indica. It varies more from strain to strain than the umbrella of sativa or indica would have you believe. Which may even matter less as hybrids get more attention.

Also, the scientists are taking a closer look at terpenes. These are the aromatic compounds found in cannabis. Much like aromatherapy oils, they can make us feel sedated or relaxed, creative or stimulated. They are excreted from the same glands that produce THC and CBD. They may give us a clue into a more granular classification of cannabis in the future.

When you go to the shop, look for a strain that’s going to work for your symptoms, rather than look for a sativa or indica. If you want something that will be good for pain and will allow you to function, ask your budtender for a recommendation based on that.

Even with this new science on the scene, the classical view isn’t entirely dead. We’d need more statistical data to really make decisive conclusions either way and even then, that’s dubious. When so much depends on body chemistry and how you react to the high, there’s only so much you can learn about a breed of cannabis before you toke.

I think the classical view may just need a little shaking up. No one ever said sativas contain no CBD whatsoever, just that they tend to contain higher ratios of THC. Purity doesn’t mean an entirely body high or head high. I’m not opposed to a mix of both, or a little lean in either direction. It is something to think about when hitting the shops and choosing the right strain for you.