How To Cure Cottonmouth During A Smoke Sesh 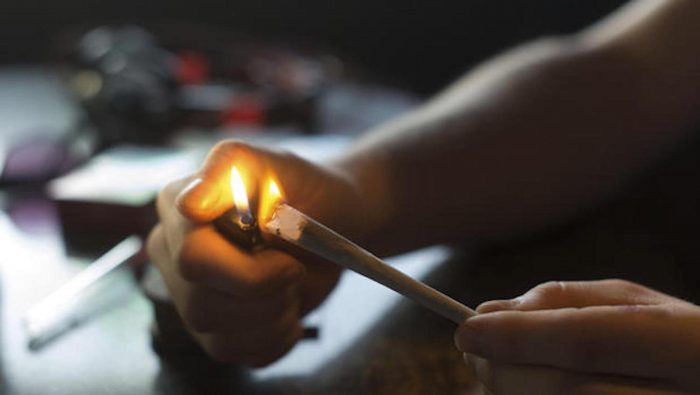 The OG Kush is going around and around in a foggy smoke sesh. Joint after joint, blunt after blunt. The Granddaddy Purple is burning your eyes and you and your friends are in a serious smoke sesh. Suddenly, your tongue gets dry. Lips grow quickly chapped. You can’t feel your face from the weed and the saliva is quite slim. You are now a victim of cottonmouth; Worry not, my friend. There is a cure for cottonmouth after smoking weed! Welcome to the Cottonmouth Club!

Cottonmouth is the side-effect suffered by the average stoner, daily. It is associated with a change in salivary flow that leaves you with a mouth as dry as the Sahara desert. This condition is medically called xerostomia.

In this study, cannabis was shown to inhibit the production of saliva due to the activation of cannabinoid receptors that were located in the salivary glands of rats. More specifically, they found that the cannabinoid anandamide loves to attach itself to the CB1 and CB2 cannabinoid receptors, leaving you with a dry mouth.

Cottonmouth is nothing more than a nuisance when you’re enjoying a smoke sesh with your friends. It can make communicating difficult if you’re deep midstory and can no longer spit out words due to the effect. On the bright side, there are a few ways you can prevent and temporarily cure cottonmouth.

How to cure cottonmouth?

Once the joint is flicked out in the ashtray and you and your buddies are toasty, there are a few munchies that will also cure cottonmouth!

One of the stoner go-to munchie snack cures is ice cream. It can help stimulate the cannabinoid receptors and re-salivate the glands. Yogurts and fruits are also some good munchies that will help with your cottonmouth.

Be sure to avoid most chips, breads, etc. I personally find myself unable to consume any carb-like foods. Let’s say I’m finally able to gather up some additional saliva and I’m really craving some potato chips. The second that chip touches my mouth, it acts as a super powerful Shamwow and leaves my cottonmouth worse off than before.

Does smoking cannabis give you acute anxiety? This can also be a huge factor in why your mouth is dry. Anxiety can affect your sympathetic nervous system and halt the production of saliva.

This one is an obvious, but you can also just replenish your electrolytes and waters with more sports drinks or water. Take a sip and let it sit under your tongue. Remember, you’re not necessarily dehydrated. You just need something to stimulate your salivary glands.

Be prepared before your smoke sesh

If you know yourself to be the one to get hit hard by the dreaded cottonmouth, take precaution and prepare!

Carry some gum/mints/hard candy: These both come in handy because you are able to apply constant stimulation to your salivary glands.

Make sure to have water by your side: It’s best to have water on the ready, because this gives you something to sip on without your fight or flight instincts kicking in – telling yourself to find water ASAP. Plus, there’s nothing worse than hotboxing a car with your friends and having no water in sight.

Nobody wants to experience cottonmouth, but it’s one of the effects cannabis smokers must deal with to enjoy their cerebral, euphoric high. If this is one of the only side effects of smoking cannabis, then I can’t complain.