The Cannabis Industry Is Booming | Entrepreneurs Give Advice 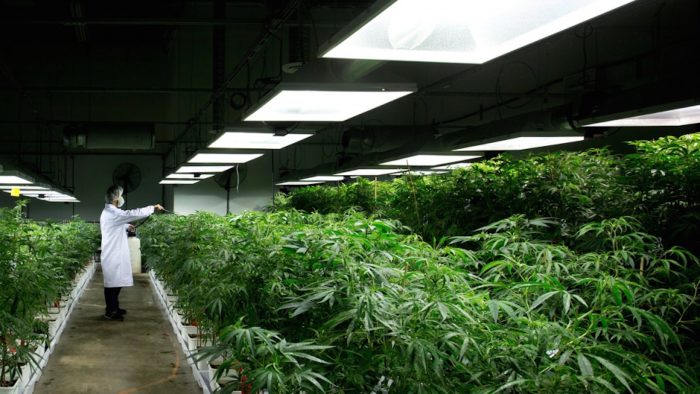 “It’s a boom town, but it’s not a gold rush, where just any fool can strike it big” – Richard Huang, co-founder of Cloudious9

Entrepreneur Richard Huang is one of the many talented individuals deciding to take the leap of faith into the legal cannabis industry. An industry where, in 2016, sales equaled up to $6.7B (according to an ArcView Market Research report. It seems like a lot is on the line.

It is predicted that cannabis sales will spike upwards to $20B by 2021. This prediction includes Canada as they are making the move to legalize recreational cannabis usage. Let’s go Canada!

The industry is growing at a staggering 30% a year.

If that doesn’t seem like a lot, just compare it to the dot-com era. That industry was only growing at 22%, which makes this a huge deal! Plus, this is only the beginning.

“The only consumer industry categories I’ve seen reach $5B in annual spending and then post anything like 25% compound annual growth in the next five years are cable television [19%] in the 90’s and the broadband internet [29%] in the 2000’s.” – Tom Adams, ArcView’s Editor In-Chief

ArcView relies on third-party data that has access to the millions of consumer transactions in dispensaries.


“One of the biggest stories was the alternative forms of ingestion. Concentrates and edibles are becoming customer favorites versus traditional smoking.” – Troy Dayton, ArcView CEO

Yes, the cannabis market is definitely the next big thing, as long as the federal government stays away.

The attorney general Jeff Sessions is completely against cannabis and wants to put a stop to it all. He is infamously known for this anti-marijuana stance and stated, “Good people don’t smoke marijuana.”

This leaves a huge cloud of worry lingering above the industry.

Luckily, Donald Trump has stated he is in favor of states-rights when it comes to the legalization of cannabis. On top of that, Congress did not allocate any money in the budget for fighting medicinal cannabis.

If this new administration wanted to tackle the booming cannabis industry, they would have done so by now. It seems like they are taking a passive approach. In fact, I don’t blame them. It’s an incredible $6B industry!

“Twenty one percent of the total United States population now live in legal adult use markets.”

He also made a point about Colorado, Washington, and Oregon all seeing a 62% jump in sales in September 2016, over 2015. Imagine the growth we will see if the federal government decides to completely legalize cannabis all together.

It is crucial to have the world’s largest economy make a statement on the economic benefits that occur when you legalize cannabis. We could see the United States leading the charge, in the near future.

As of now, the states, along with institutional investors and activists, are leading the staggering growth of this market. With the amount of risk involved, it’s surprising to see this many people hopping on board. Dayton also stated:

“You will not find another multi-billion dollar market growing at a 25% compound annual growth rate anywhere in the world that is not already filled with multi-national companies and institutional investors. That’s part of what makes the cannabis industry such a unique opportunity for investors and entrepreneurs.”