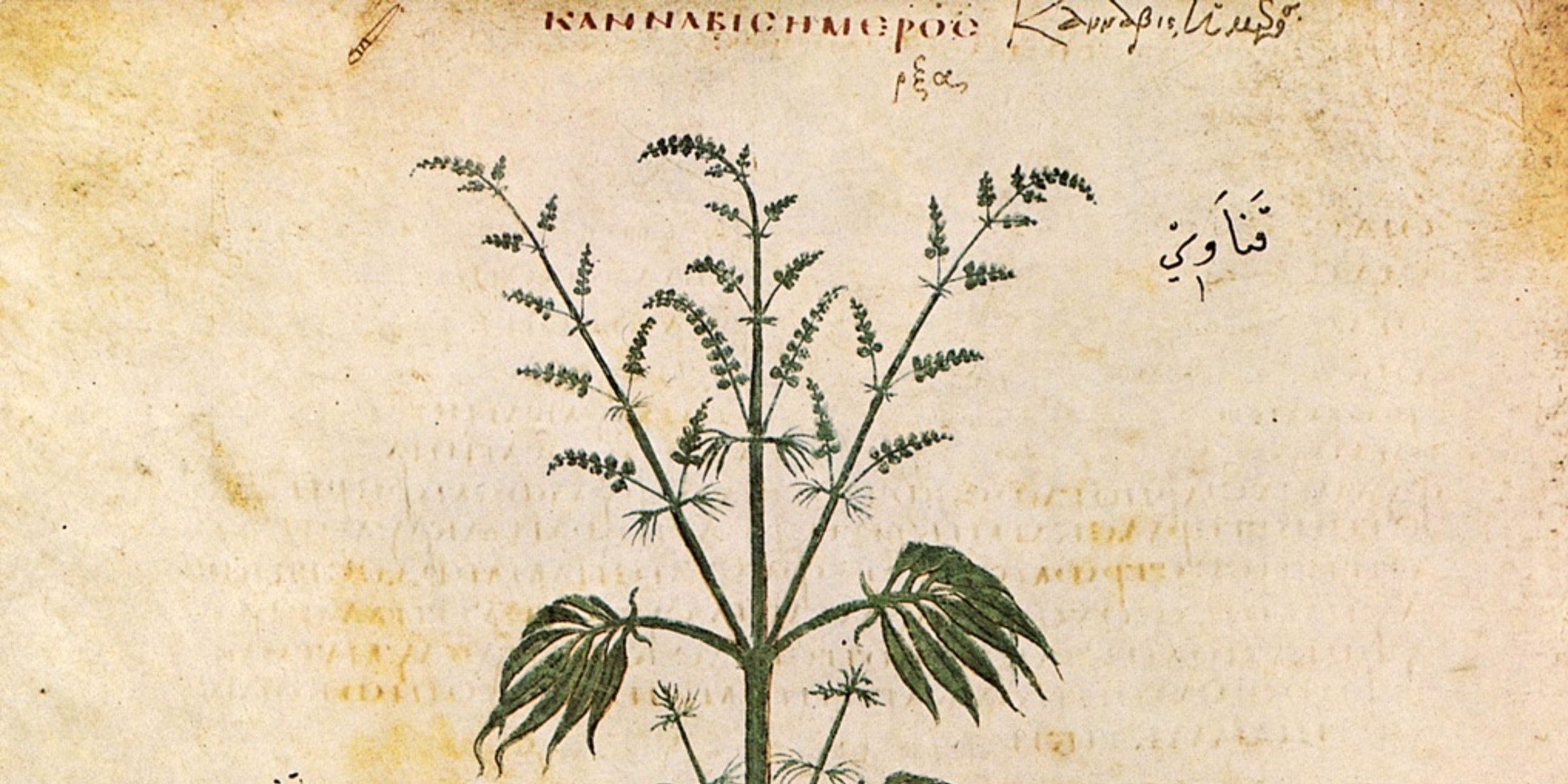 The Scythian’s, according to the legendary Greek, historian Herodotus, 4th century B.C. claimed that they used the seeds of hemp, and threw them in hot coals and stone. In which they used for ceremonial events for the dead. Then they would enter the chamber and inhale the scent and smoke, in regards to the dead, they would accompany them during their travels to the next life.

Around 800, AD, Mohammedan Medicine was far more advanced than any medicine known to the world at the time. Their advancement in that field exceeded those in the far west. According to the antique cannabis book website, cannabis was used in many forms, not only as a medicinal use, or to relief some form of physical pain, like the Egyptians did, but also as a form of psychological outlook. ‘The Canon Of Medicine,’ written by Abu Ali Sina, claimed that his patience that struggled with mental insatiability, found a sense of relief and clarity while consuming cannabis.

After the first Crusade that started in 1099, AD, by the order of Pope Urban II, an established order came to hand; they were the Knights Templar’s. Lead by the grandmaster, Hugh De Payens, under the order of King Baldwin II, in which the Templar’s started the first known banking system that stretched from the far west of Europe to the far east of India. This major establishment and enterprise protected the pilgrims traveling from Europe, to the Far East. So the Knights of the Temple became the wealthiest legal and biggest posse that’s supported by the Christian church at the time. Despite their ironic title ‘The Poor Soldier Of Christ.’ These monks had a main enemy, and they were the Hashashins, in Arabic, ‘The Smokers Of Hashish,’ derived from Hashish – Hash. A group of military assassins that hailed from Afghanistan, lead by Hassan El Sabbah. Both parties traded in goods, weapons, medicine, and knowledge and apparently weed. The white mantles with the Red Cross, these monk warriors wore, under the protection of God, were apparently made from hemp.

During the Renaissance, king Henry the 8th, of the Tudor family, allowed and encouraged all of the farmers on the island to grow hemp, without any taxation. Knowing that hemp is a great source of fiber, strong and durable, he wanted the product for the sails of his ships. Believing he’ll conquer the seas like his grandfather did on land. England became the leading structure of hemp production, during his rule, hence the title ‘The Golden Years’.

Even the mighty captain Edward Thatch or Teach, also known as Blackbeard, used hemp as a commodity or as a trick. He would tie hemp threads to the end of his beard that would be doused and then mixed in gunpowder and he would light them, making his opponent think they’re fuses for cannon bombs.

In the southern states of the Americas, in 1890, hemp was used as a cash crop instead of cotton. But it was in the 1920’s were the “product” came to flourish, due to the prohibition. Thanks to the jazz musicians during the time, they took on the risk and adapted the knowhow of what is recreational use is now to musicians. “Reefer songs,” is what the hip was.

The latter of this subject can go on and on and on. Cannabis has been around for over 4-millennium and is still going strong.

There is no shame in claiming that America being one of the leading countries in the world that produces marijuana. Although it is hard to fathom that we are still struggling so hard to achieve the breakthrough of having this commodity open to all. As prohibition was, alcohol was banned because of, religion, state, and country and governmental factors. Still, the freewill didn’t care. They produced and sold alcohol. In a many scholarly notions, you can never eliminate what the populace needs. Lesson world leaders should always learn. “The people will always find a way to live.” Words of Alexander The Great.

Meriting this trade in a global and beneficiary effort and trait would bring more jobs. The expected sales of marijuana in Colorado and Washington over the past year have resulted in a float of tax revenues. In 2015, Colorado collected more than $135 million in taxes and fee on medical and recreational marijuana. Sales in the state totaled over $996 million. Sales in North America, grew 30%, to $6.7 billion, in 2016, and is projected to increase to $20.1 billion by 2021, according to Arcview Market Research.

Let’s not forget what our founding fathers grew and brew in the comfort of their estates.