Famous People Who Smoked Weed And Changed The World

There is a common misconception that the stoners of this world are lazy and stupid, and that all they do is contribute to a growing obesity and drug problem.

However, when history stacks up against propaganda, propaganda fails. The truth is that there have been some badass productive stoners that have changed the world and there are still many who do so as you read this.

Cannabis has been the inspiration for so many revolutionaries, from philosophers to artists and even medical professionals. In fact, there are many people out there who are using marijuana as a mechanism for change, both within themselves and outside in the world. The stereotype that stoners are lazy is just that, and there are plenty of Americans who are overweight and lazy and have never smoked a joint in their lives (perhaps they should).

It’s time to remember the stories of famous people who smoked weed and kicked ass in the world so that we don’t forget that motivation and goals having nothing to do with smoking weed. What you’ll find is that many of these stoners are self proclaimed, and testify to the fact that at some point along their journey, Mary-Jane was a friend not an enemy. 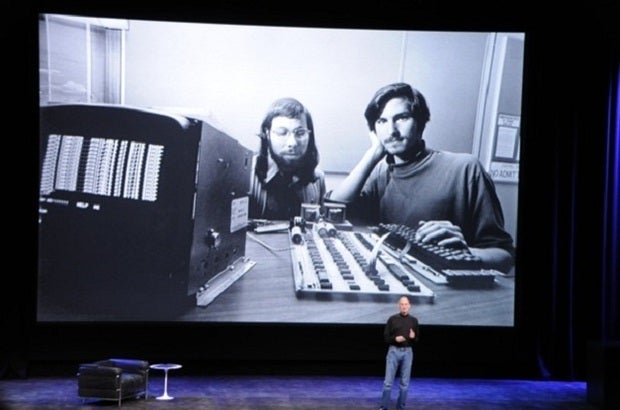 Does everyone remember that guy who completely changed the world when it came to hand-held mobile technology? You’re probably scrolling through this on your iPhone or Mac right now and the man who created those products was cool enough to admit that he was a pot-head. Actually, Steve Jobs was also cool enough to admit that he had taken LSD a bunch of times, too. This man was the creator of Apple, one of the biggest companies in the world.

Okay, this isn’t the place for arguing about who created the visual interface of a PC, but this guy at least played a role. It’s likely that Steve Jobs and his once-upon-a-time best friend, Bill Gates, smoked joints together. Before the fight for fame became more valuable than friendship. In any case, the world as we know it is only this way because of the divine intervention of Steve Jobs – and marijuana’s divine intervention on him.

Francis Crick – The Discovery of DNA 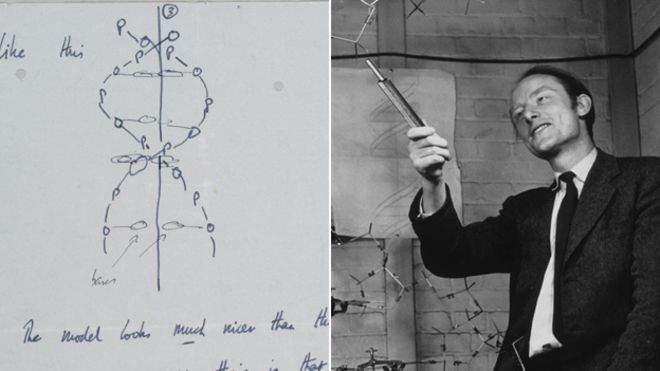 The rumour about Francis Crick is that in the moment he discovered the double helix structure of DNA he was in the middle of an acid trip. This discovery, along with the genetic code, are two of the most important discoveries of the 20th century – both of which Francis Crick is responsible for. He was popular for his interest in psychedelic realms, or at least he revealed much of it to journalists after his discovery.

Francis Crick won a nobel prize for his ability to recognize the significance of the twisted twins that came at him that day on LSD. He became a founder of Soma, a cannabis legalization group, before he died in 2004. His understanding as a chemist and scientist was that marijuana gave him the ability to remove filters and allow the person an opportunity for abstract thought.

In any case, Crick literally is the crazy genius chemist. He forged his own path by allowing the information from the psychedelic world to filter into this one, and he won a Nobel Prize for it. Of course, the world couldn’t come to know about many of his “habits” because it could have jeopardised the study and its credibility. Years later, we know that one of the most important discoveries was made by a hippie in a lab coat. He is the perfect example of how the potential energy in marijuana can be used to think and do things that completely change the world.

For all the book lovers out there, this name should be familiar. His most famous work was The Man Who Mistook His Wife For a Hat and Awakenings, which is a great film to watch when stoned. He has other famous books such as Musicophelia, which is about music and its neurological influences. Sacks studied at Oxford University and went on to be a professor of Neurology.

If you’ve had the opportunity to come across any of Sacks’ literature, you’ll understand why people refer to him as the poet of the medical world. Sacks somehow has the ability to cross over two completely different worlds, that of science and mysticism, in a wonderfully poetic way. Sacks never admitted to using marijuana recreationally, because for him it was always more valuable than that. It gave him the access to other “minds” or other states of consciousness, from which he was able to draw so much inspiration for his work. 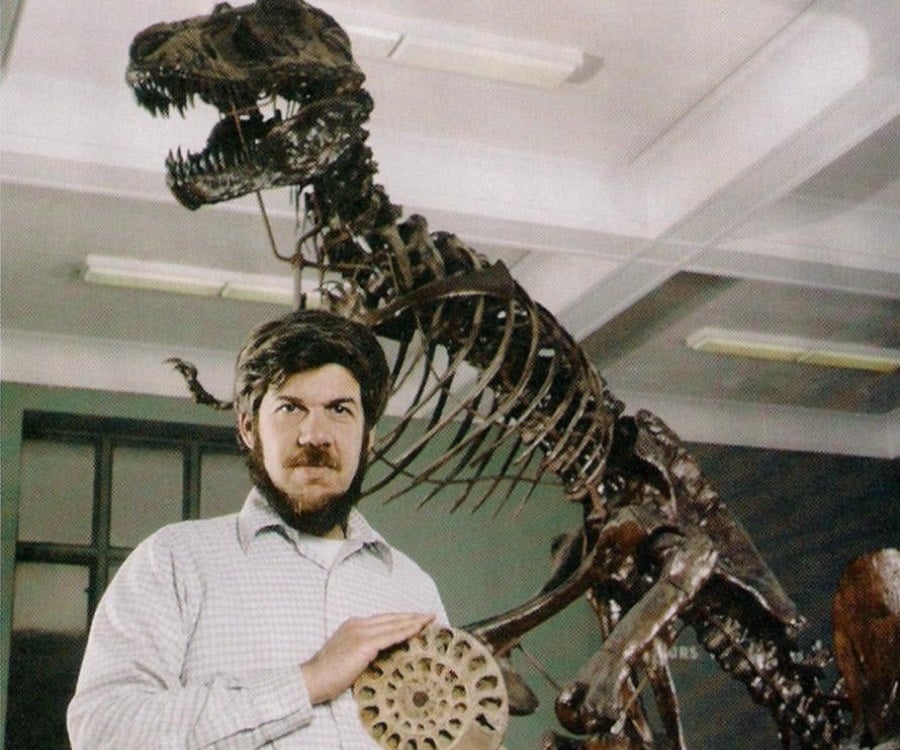 He might not be the most famous man on this list of stoners, but he isn’t any less influential. Gould’s literature had a huge effect on modern science, and he became one of the most influential contributors in palaeontology and history, too. He is probably most well known for his The Structure of Evolutionary Theory – in which he suggests that evolution is achieved through long periods of stability.

It’s no surprise he thought that, because a large amount of this literature was probably written after a hit of weed. Gould used cannabis regularly and when he was diagnosed with cancer, he used it as treatment. He even testified in court to the healing effect that marijuana had on him during treatment and he became an advocate for legalization. A lot of this man’s story went under the radar to the cannabis community, but for the purpose of making a point: this stoner’s story is anything but lazy and stupid.

If you have ever delved into the world of modern psychedelic literature, you know who Terence McKenna was. His love of both science and plants took him down a mysterious and mind altering path. In fact, for Terence McKenna, marijuana and mushroom use were basically religious. The world of psychedelic plants became his inspiration as a scientist. His most famous book is probably Food of the Gods, in which he proposes a ‘stoned ape’ theory. I mean, Terence McKenna’s most fundamental belief was that the psychedelic impact on the world was consciousness. He spent almost all of his career writing about the mysterious relationships between these plants and human history. A lot of his ideas seem absurd to some, but his literature is convincing and with reason. His studies started in Berkley and ended in the Amazon jungle (which resulted in the book, The Invisible Landscape – Mind, Hallucinogens and the I-Ching.

With all the love he had for using cannabis and other medicinal plants, Terence McKenna dedicated his life to it. And he was one of the few brave enough to start sharing his opinion publicly in the 80s about LSD, psilocybin and even DMT. If you want to know anything about Terrence McKenna’s personal relationship with marijuana, you can just listen to his Cannabis Trialogue. Clearly there is a soft spot in my heart for this crazy genius because he is exactly that. Although he made friends basically anywhere he went, he was shunned by the academic community for his choice to study shamanism. He died as the hero with a voice for psilocybin.

This stoner doesn’t make it to many other stoner genius lists, but he makes it to this one. There are a lot of people who disagree with Joe Rogan on a personal level, but he proves beyond doubt that cannabis does not get in the way of success and achievement. The man created an entire culture around the use of psychedelic plants and he does it without taking anything too seriously.

Joe Rogan started his career as the host on the famous American television show, Fear Factor and went on to host other television series. He is, by trade, a comedian, and travels around the world doing stand-up comedy. Rogan is a complete fan of modern multi-media, and he has recently become popular for his podcast. On his podcast he talks about all things esoteric, including his love for cannabis. In fact, he is known to smoke a joint before starting his podcast.

For what it’s worth, Joe Rogan is a huge advocate of using marijuana or mushrooms in a sensory deprivation tank. He swears by the ability of using psychedelics or doing sensory deprivation to open up new dimensions and worlds to you. He plays a huge role in the advocacy of marijuana in the USA, because he’s not just a pothead. His podcasts and his comedy material give people something really substantial and a totally new perspective about the use of marijuana.

Another Nobel Prize winner, Richard Feynman is best known for his assistance in designing the atomic bomb. Okay, we said this was a list of stoners that changed the world, not stoners that saved the day. This man is nothing short of being a scientific genius, winning the Nobel Prize for his theory of quantum electrodynamics. Ahh – that definitely doesn’t sound like the work of a pothead who eats Doritos all day long.

Feynman was using cannabis and LSD (interestingly enough) in John Lilly’s sensory deprivation tanks in the 50s and 60s. It enhanced his abilities to have out of body experiences, which is from where he drew all the information for his discoveries.

Carl Sagan – The man who brought us Cosmos

We are now talking about arguably the greatest stoner who ever lived. It is impossible to say that marijuana is the cause of laziness when we take a glimpse into the life of Carl Sagan. He is arguably one of the only men who gave a chance for science to be used for noble purposes. Everybody knows Carl Sagan for his thirteen part television series, Cosmos. It is an adventure into the insights that Carl Sagan gained in his life about the cosmos and extra terrestrial life.

He was one of the greatest scientists when it came to the possibility of extraterrestrial life and he was a star in the astronomy community. He won countless awards, including an Emmy, a Pulitzer Prize and was the founding member of the Planetary Society. Carl Sagan’s record is squeaky clean as a genius and a man of value.

Carl Sagan saw cannabis as his birthright to explore parts of his mind that were not otherwise available to him. The philosophy which became such a huge part of the work of Carl Sagan, he says, was largely inspired by cannabis use. It gave him insight and understanding into people, into his astronomical studies and even gave him creative freedom.

Ah, the life of a stoner doesn’t just exist in front of a television set. That’s only what the people in the television set tell everybody! Marijuana does not make people lazy and definitely does not make people stupid. From the stories of these people, it’s so clear that we can even use marijuana to open up possibilities in life that we didn’t know were available to us. Whether it has served people for their research, for their creativity or for their health, marijuana has the potential to have a positive impact.

How To Choose The Best Cannabis Strain For You