The state of New York is known for a lot of things such as; a great varied culture, progressive ideas, and being the central hub of America. New York is also known for having some of the strictest laws out of the states. Its regulation on cannabis consumption is no different.

When the use of medical marijuana use was legalized in New York back in January, it was highly restrictive. Medical marijuana use in New York is permitted only to extracts such as, capsules, vaporizers, and liquids. Physicians are allowed to suggest medical marijuana as a treatment but they are required to have special training before they can even suggest it. This can become a huge problem because patients are at the mercy of their physicians to take it upon themselves to attend the class in order for a prescription.

Patients are also restricted if they don’t fall into the necessary illnesses required to be prescribed medical marijuana. These illnesses include: AIDS, cancer, epilepsy, and multiple sclerosis. While beneficial to the millions of patients inflicted with these diseases, this leaves countless others out in the cold looking for alternative treatments for their ailments. Recently, however, New York Health officials have decided to expand its policy. 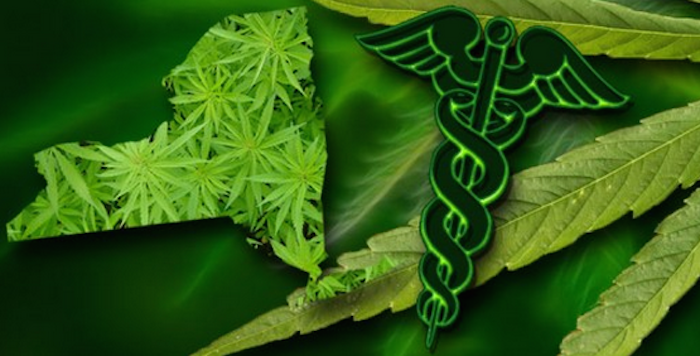 On December 1, officials announced that physicians can now prescribe people medical marijuana who suffer from chronic pain. This is a big leap forward for New York’s medical marijuana program as this opens up an avenue for thousands of people to get their hands-on cannabis that suffer from this very common ailment.

“After conducting a thorough review of the scientific literature, it became clear that there may be certain benefits in the use of medical marijuana by patients suffering from chronic pain. Medical marijuana is already helping thousands of patients across New York State, and adding chronic pain as a qualifying condition will help more patients and further strengthen the program,” New York Health Commissioner Dr. Howard A. Zucker said in a statement. While details are still being ironed out, it’s a good sign that New York is making reforms based off evidence that medical marijuana has proven to be beneficial. Here’s to more reforms and a better policy that will be great for all.