Aphria: What Pot Stock Dreams Are Made of

Aphria is a marijuana company that recently landed a deal with Shoppers Drug Mart in Canada, which has over 1,300 locations. Aphria stock holders tripled their money in 2016, and then tripled their money again in 2017. You could make higher returns faster investing in cryptocurrencies, but it is far riskier, and backed by no assets 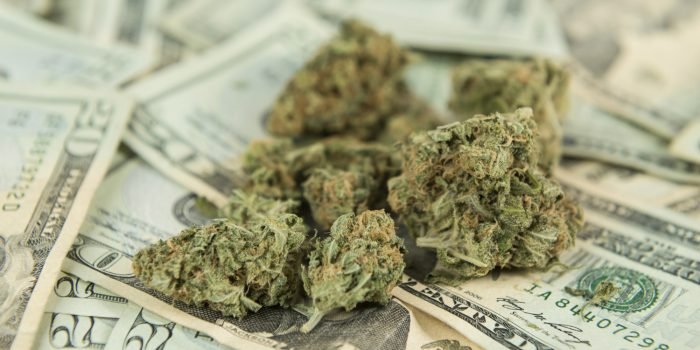 Note: Aphria (APHQF) is not a stock in my personal portfolio. As of this writing, I only just discovered the company following this piece from Motley Fool. I am not recommending you buy it, but it is an example of what any of these companies can become if they are run like a real business, and can make real deals.

Viewing the very short lifetime stock price chart for APHQF you will see that it was under $1.00 for much of 2015 and some of 2016. In fact, during the late summer and early fall of that first year, it dove and plateaued, likely leading many investors to ditch the stock for the silly trash it must have been. After all, by 2014, nine US states had already legalized marijuana in some form, so shouldn’t this have taken off?

In theory, sure, but the truth is that even after more states legalized marijuana through 2014 and 2015, just about every publicly traded company in that space fell. I know because my personal portfolio is mostly filled with losers as of this writing, and that’s with some serious penny-cost-averaging.

However, with APHQF the story is different. In 2016, investors were tripling their money and more as the share price rose to $3.76 by December 30th. And then those who simply left their money to grow through 2017 watched it more than triple again.

This is not just because the company deals in marijuana, though. After all, lots of companies do. As the Motley Fool article noted above states, Aphria closed a major pharmaceutical deal with Shoppers Drug Mart. They can do this because they seem to be equipped to handle such a big deal.

Aphria is a Canadian company that sells marijuana. It also provides therapy to veterans and first responders, per the Wikipedia entry.

Per Bloomberg, the CEO and the CFO are both certified public accountants, which may explain why the company is run so well. And there are 150 employees.

The main takeaway is that it’s a significant business with a real product, and they are making real deals. Having said all this, why waste your time tripling your money in 2016, then tripling it again in 2017 when you could have become a Bitcoin millionaire with barely any money at all? Also, have you seen Environ Coin? As of this morning, you could have bought 1,000,000 of those with just $156!

In a future article I will compare the gambles on penny pot stocks to Bitcoin and other crypto currencies, but will briefly address it now because whether I’m passing through the halls at the college where I teach, or trying to avoid someone at a social function, I’m asked my thoughts on Ripple, Bitcoin and other block chain opportunities.

The fact is that with the latter you could get very rich in 2 years instead of just getting a little rich with Aphria. So why not skip the slow, boring pot stocks, and buy any of the roughly 1,800 crypto currencies?

Maybe you should. But consider the following:

Will APHQF be around in 10 years? I can’t say, but its market cap is in the billions, and with the Canadian pharmacy market embracing it, the company has the opportunity to maximize real gains, which could very well be released as dividends.