How Many Grams are in an Ounce? 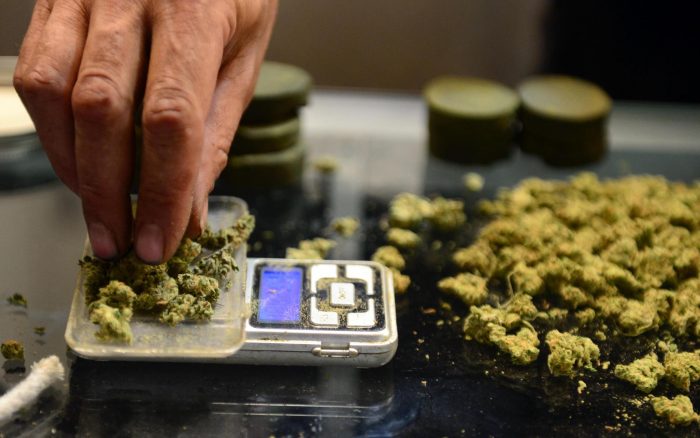 Self-sufficiency is one of the most important traits to hold as a modern day cannabis consumer.

We are so used to throwing around common slang when it comes to buying cannabis. Grams, eighths, quarters, halves, ounces; getting caught up in our perception of what each of those are. The real question you might find yourself asking: how many grams are actually in an ounce?

We are here to provide you with a comprehensive and practical guide on grams, halves, ounces, and pounds! Here’s a quick guide:

What is a Gram, Kilogram, and Milligram?

Whether it is the milligrams (mg) of THC or CBD in an edible, the grams of concentrates that are used for wax and dabbing, or the 3-for-1 deal on flower, the gram is the overlord of measurements.

Culturally speaking, a gram is equal to about 1 blunt, 1 joint or 2 bowls.

If you’re curious about the kilogram (kg) – it is not commonplace unless you are a large-scale cultivator. But for the sake of education, 1 kilogram is: 1000 grams.

How much cannabis should I put in a blunt, joint or bowl?

The short answer, however much you want. This will all vary from situation to situation. Are you smoking by yourself? Are you rolling a blunt at a party? Are you enjoying a private sesh with some close friends?

Typically, a blunt is around 1 gram of cannabis rolled in a cigarillo or tobacco-based leaf. Popular blunt brands include Swisher Sweets, Optimo, Good Times, White Owls and the infamous king of tobacco leaves: the Backwood.

According to a study on the size of the average joint, it is 0.32 grams of cannabis. I personally feel that’s not very much so I’m going to say roughly .5-1 gram is the average. But that also depends on the size of rolling paper that you’re using too.

A bowl is about 0.5 grams of cannabis lightly packed into standard sized glass bowl, waterpipe or steamroller.

Again, everyone is different and situations call for different amounts. You may only need to pack 0.2 grams in your bowl or you may want to overload it and pack a full gram.

How Many Grams Are in An Ounce?

How long will an ounce last you? Quite a while, even for the frequent, heavy cannabis users. I know some people who can go through an ounce in 2 weeks, but I also know people who will go through the same amount in 3 months. It all depends on your tolerance levels.

How Many Grams Are in An Eighth of an Ounce?

There is currently a large number of people that are making the change over from the black market to the legal and more regulated system in their home state. The eighth is the most commonly purchased size. Most people won’t need to purchase more than that at one time so it makes it simple.

There are 3.5437 grams in one eighth. Looking past the slang that is instilled in eighth, you can see that there’s actually a lot of sense in it. It’s exactly 1/8 of an ounce. 8 eighths will equal one ounce.

Now an eighth doesn’t seem like much herb, but you can actually stretch it out to last you quite a while. If you’re low on cash and can only afford an eighth, then that’s fine. You could theoretically pack roughly 18, 0.2 gram bowls.

How Many Grams Are in A Quarter Ounce of Cannabis?

Another common unit of measurement when purchasing cannabis is the quarter.  A quarter is equal to 7.087381 grams.

Again, the measurements start to make sense after you fully understand what an ounce and an eighth is. The rest is a cakewalk.

A quarter is composed of 2 eighths, which is then equal to 1/4 of an ounce.

How Many Grams are in a Half Ounce of Weed?

The half is equal to 14.1748 grams – which the heavier cannabis consumers are all too familiar with.

The half is composed of 4 eighths, which is also equivalent to 1/2 of an ounce.

Phew, we made it! You are now a step closer to being the cannabis connoisseur that your conservative parents always dreamt you out to be.

All of this math has made my head hurt and I’m sure your head is throbbing as well. Luckily, cannabis does wonders with headaches. So, spark up your “gram” of cannabis and bask in the beauty of knowledge, you beautiful canna-genius.