This new bill could be what America needs to legalize marijuana and remove it from the Schedule I drug list.

New Jersey Senator Cory Booker has pushed forward the “Marijuana Justice Act of 2017”. He has proposed a bill that would not only legalize marijuana, but also motivate states who legalize it as well along with punishing states who unevenly lock up more poor and minorities for marijuana related crimes. Let’s take an in-depth look: 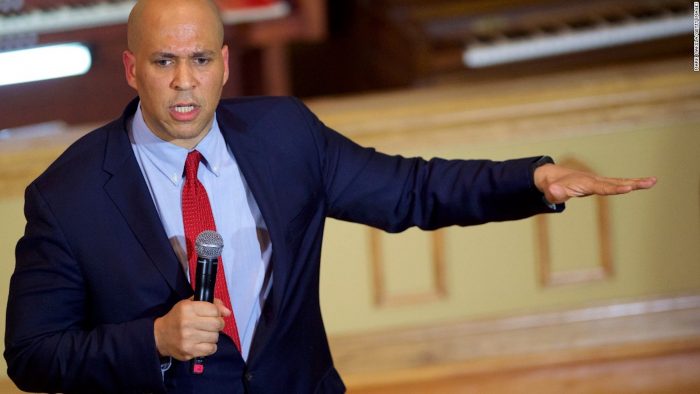 The Schedule I Classification

It will remove marijuana from the DEA’s list of Schedule I narcotics, the unlawful classification given to marijuana. Schedule I is reserved for the world’s most dangerous drugs like heroin and bath salts. Also, not to mention that meth is classified as a Schedule II drug, so less dangerous than weed in the eyes of the law.

There have been 0 reported deaths associated with smoking too much weed, but yet it remains illegal. Alcohol leads to approximately 88,000 deaths each year and tobacco is responsible for more than 480,000 each year – both of which are legal. It’s a no-brainer that marijuana should be legal, right?

Punishing The States for Locking Up Minorities and the Poor

This bill is also designed to punish any state that unevenly locks up more minorities and the poor for marijuana related drug offenses. This punishment includes giving less money to the states that they are set to receive every year for building prisons, as well as other areas, if you are going to violate this proposal.

Incentivizing States Who Have Been Affected By The War On Drugs

Another proposed section of the bill is to setup a fund that will be available for the Secretary of Housing and Urban Development to set up a grant program to reinvest in communities most effected by the war on drugs. These grants will be used for programs like job training, reentry services, removing drug convictions from a victim’s criminal record, and many more programs that would be beneficial to the community. The funds will be upwards of $500M! This could lead to a ripple effect of benefits throughout communities who have been hit the hardest by these revenue-collecting drug offenses.

The decriminalization is long overdue with over 50% of Americans in support of the legalization of marijuana. Eight states and the District of Colombia have already recreationally legalized marijuana. Cory Booker says that the nation is finally seeing real results from the local policies that are far outpacing the federal silence on the issue.


“They’re actually seeing positive things coming out of that experience. Now I believe the federal government should get out of the illegal marijuana business.” – Cory Booker 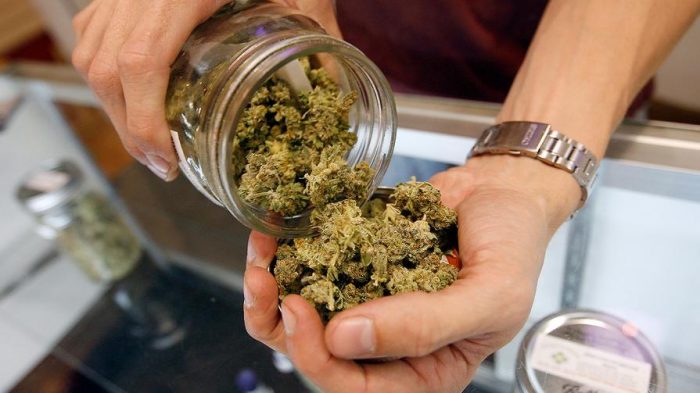 Will This Bill Pass?

Nobody can tell. It is a long uphill battle through the legal system. Supporters are saying that this bill is definitely changing the narrative surrounding marijuana, even if nothing comes of it. The narrative has been shifting slowly over time as more states relax their restrictions surrounding marijuana. A decade ago, the opinion of legalizing marijuana was only 32%, while 60% opposed it. Today, 57% of adults living in the United States say the use of marijuana should be made legal. Cory Booker is causing disruption through Congress because the bill he proposed is extraordinary in what it is trying to accomplish – which is leaving some politicians hesitant. Not only are republicans skeptical about the bill, but also many democrats.

“I’m not there. I think there’s a lot about marijuana we don’t know. I think marijuana has potential dangers to it…they need to be looked at – calibrated”

“This is the single most far-reaching marijuana bill that’s ever been filed in either chamber of Congress. More than just getting the federal government out of the way so that states can legalize without DEA harassment, this new proposal goes even further by actually punishing states that have bad marijuana laws. Polls increasingly show growing majority voter support for legalization, so this is something that more senators should be signing on to right away”

Many other politicians say that it’s time for our government to take a stance on marijuana even if it’s not in favor of Cory Booker’s proposed bill. The silence on capital hill is uncalled for when the growing support surrounding marijuana begins to boom.

“It’s a conversation that Congress has to have. We should have committee hearings and we should have legislative debate on it. More and more states are answering this question on their own, and it’s going to result in this sort of pell-mell collection of states defying federal law, and that has consequences.”