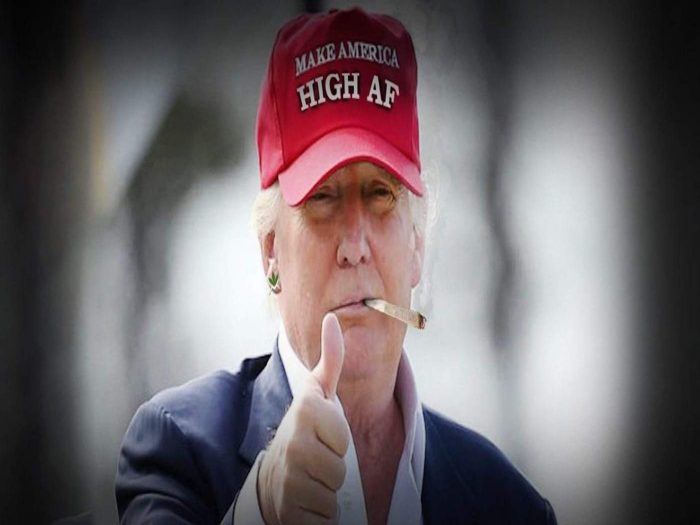 Since earlier this year, Jeff Session has made his opinion on marijuana legalization extremely vocal. He rescinded an Obama-Era memorandum stating that each state would be able to be in control of their own marijuana laws and regulations. Sessions has made it a point to say that marijuana is highly dangerous and addictive and clearly watched Reefer Madness one too many times.

Despite Sessions distaste with marijuana legalization, Donald Trump made a deal with Colorado’s very own senator Cory Gardener.

While the senator of Colorado had promised his residents access to legal marijuana, Jeff Sessions was doing his best to deny that right. While under federal law marijuana is still illegal, every state on the west coast has legalized it recreationally and medicinally. The Cole Memorandum protected states from the federal government coming down on them criminally for giving access to legal marijuana. Just last week Trump made a deal with Colorado’s senator that in exchange for supporting legal marijuana, Gardener would not hold up Department of Justice nominations. Fair enough Mr. Trump, fair enough.

While this still leaves other states in limbo, Trump has expressed his support in legalizing marijuana on a state by state basis several times. Trump also has interviewed with several sources stating he is in full support of marijuana being accessed legally in this great USA.

What Does Our Future In Legalization Hold?

It seems as if more and more states are jumping aboard the the marijuana train thats headed straight for legalization station. There are more people in support of marijuana legalization than against, and for Mr. Sessions thats a very bleak outcome on potential support with his Reefer Madness attack on legal marijuana. With all the potential tax revenue legalization will bring to states who jump on board, I only see it as growing in probability that in the next 5 years we will have a mostly marijuana legal nation. Every step towards legalizing marijuana whether it be recreationally or medicinally is a step in the right direction. As more research is done, more support in the potential medical benefits of marijuana are revealed. While people in congress such as Jeff Sessions turn a blind eye to these potential benefits, we can remain hopeful with our commander and chief Donald Trump.

If we, as a nation band together we can push legalization to the forefront and change a lot of peoples lives with this highly beneficial, highly profitable industry.