Recreational Cannabis In California: What This Means For Other States

The New Year is bringing California’s recreational cannabis world to light. However it begs the question on whether or not more states will legalize to follow. With the potential tax revenue that will come of this, California will most likely lead the way for cannabis legalization for recreational purposes. Small business owners are racing against time and finances to obtain proper licensure for recreational sales, this may leave small growers and black market dealers in the dust. 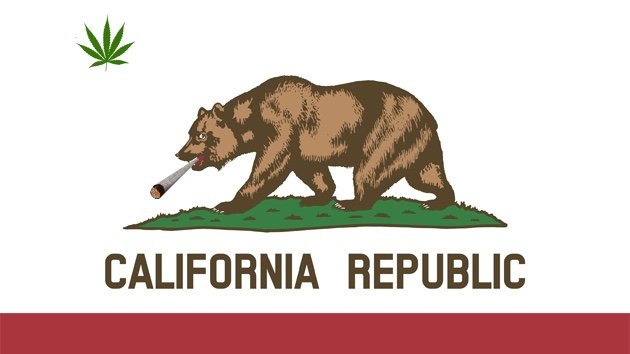 California is jumping on board the recreational cannabis train Jan 1st, 2018. The entire west coast will now be legal for adult, recreational use of cannabis. Currently, 8 states have legalized cannabis recreationally and medically but what does California’s Prop 64 potentially mean for the others?

As the sixth largest economy in the world, California is scheduled to earn up to 1 billion in tax revenue from this new law. While setting an example for the other states, California’s legalization may be the beginning of of the end of cannabis prohibition. At least in most states throughout the US.

While excited dispensary owners gear up for the new year, it has left some scrambling for time to get the proper licenses in order to participate. While this legalization is great for the economy it also will commercialize most of the cannabis industry in California leaving small growers and black market salesman in the dust.

In California, there are several laws that prohibit the use of tobacco in certain outdoor areas. The law will remain the same on toking up in public. You will be able to purchase one ounce per day of “flower” and up to eight grams of concentrates. Several states have regulation cut off’s for the milligrams of THC an edible may contain for recreational use, in California this will be 100mg.

The maximum amount of cannabis plants a resident of California may grow in the home is six. For residents 21 and over, they may possess and consume up to one ounce of cannabis legally.

When Jan 1st, 2018 rolls around, tax payers will be charged a 15% tax on all cannabis products in addition to a 7.5% sales tax and any local county and city taxes. Also, that’s not counting the state’s cultivation tax rates of $9.25 per dry-weight ounce of cannabis flower and $2.75 per dry-weight ounce of cannabis charged to producers at the wholesale level. This huge chunk of tax dollars has to go somewhere, so California will distribute the majority of its tax income to local health initiatives and programs. That will amount to about $10 million in tax revenue the first year, and by 2022 it will have ramped up to $50 million.

As of today, it is difficult to say what this may mean for smaller, local growers. Considering the cost of proper licensing for cultivation and production this may leave small businesses scrambling while larger, more mass producers may have the upper hand in obtaining proper licensure. California will indefinitely lead the way for the potential tax revenue states may gain with legalization. This might prompt for more states to legalize cannabis and reap the benefits.