THC and REM: How THC Affects Your Sleep

What does sleeping and cannabis have in common? They both, in a sense, feed our mind, body and soul. Also, they both have their way of making our minds take off into an abyss of either nothingness or randomness. What happens if you combine the two? Does smoking cannabis heighten or lessen the abyss? Lets see. 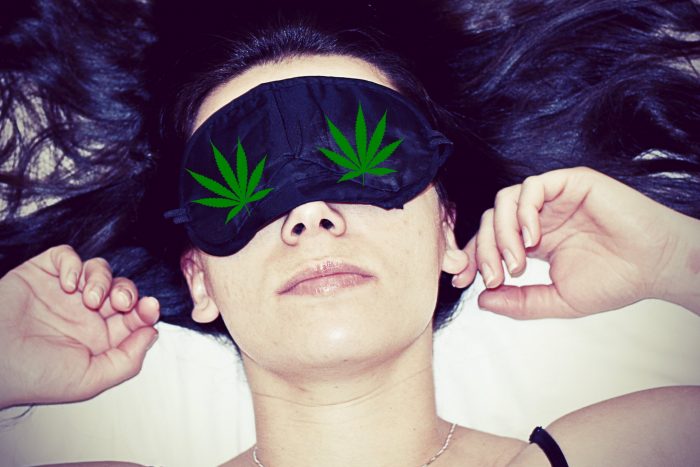 How Do We Sleep?

As some may know, there are levels to which we sleep, 4 or 5 of them depending on how it’s explained. The first is a light sleep stage, this is where you just dozed off and can easily be woken.

The second stage is semi-light sleep, this is where you really feel yourself falling asleep, still can be woken up fairly easy but not so much as the first stage. We spend maybe a total of 45% of our sleeping time in this stage.  Your eye movement begins to stop, your heart rate and body temperature begins to slow down as well as your metabolic functions and blood pressure.

Stages 3 and 4 are often found together. This is where you are in a deep slumber and your brain starts to send out delta waves. This is also the stage where majority of parasomnias happen, i.e. bed wetting, sleep walking, sleep talking etc. The further into the stages you go, the more relaxed your becomes until it reaches a more paralyzed state during REM.

Rapid Eye Movement stage, or REM, is the last stage of our sleep cycle, but that doesn’t mean it stops there as our sleep cycle repeats itself throughout the night, lessening time spent in stages 1-4 and increasing time spent in REM. Opposite of the other stages, during REM, our blood pressure, heart rate and breathing increases or become more irregular, which is normal, as well as our eyes move back and forth, giving it its name. It is believed that this happens because REM is more known as the stage where most dreams occur and as our sleeping brain releases alpha, beta and theta waves, the pattern is similar to the waves of a waking state. What does this mean when you add THC into the math?

THC, Good or Bad For Sleep?

For the conscience mind, THC causes us to get “high”, and we know what that entails. What we are here to talk about is how ingesting THC affects your natural sleep pattern. Indica is the strain that’s mostly associated with relaxation and calmness, but all cannabis containing higher levels of THC, opposed to other cannabinoids, are known to have an sedative affect.

According to a study done in 2008, “acute administration of cannabis appears to facilitate falling asleep and to increase Stage 4 sleep”. As I mentioned earlier, Stage 4 is the deep sleep stage where it is believed to be the stage where we get the best of the best slumber, so increasing the length of it isn’t a bad thing. However, the study also mentions the decrease in REM, which is bittersweet. Why? Well remember that REM is where most of dreaming occur! If you decrease the amount of time you are in REM, then you decrease the amount of time you actually dream.

If during REM your brain shows activities similar to that of a woken brain and if you sleep better during Stage 4, then one can conclude that the less active your brain is the better you sleep. This is also why it’s believed that cannabis use is great for those who experience PTSD. An amount of PTSD episodes happen during the dreaming portion of sleep; since THC decreases time spent in REM, that means a decrease in PTSD nightmares, spelling out better sleep.

THC and Sleep Side Effects

I have yet to try it, mainly because I like smoking, but it’s believed that if you take a tolerance break or stop smoking altogether, that your body responds to the non-REM sleep you were getting. What will happen, apparently, is that when you go to sleep, not only will you enter REM earlier than usual, you will spend more and more time in REM and your dreams are said be more “vivid and even lucid”. Dreams are said to be weird and abnormal, like riding unicorns and drinking tacos from a water fountain. I want to experience this phenomenon known as “REM Rebounds”, I just don’t plan on taking a break no time soon.