Riley Hancey, the young man who was denied a lung transplant due to traces of cannabis being found in his system, has died just one week after his 20th birthday.

Riley’s Story made headlines a few months ago when the University of Utah Hospital denied him surgery due to their “no cannabis” policy. Riley was only 19 years old when he began to experience flu-like symptoms and was diagnosed with full-blown pneumonia. Doctors told him he needed a double lung transplant to save his life. 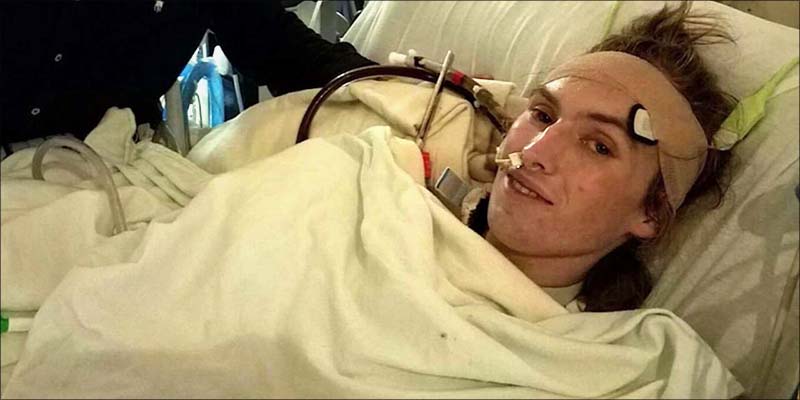 Riley was a healthy teenager who consumed cannabis socially with his friends. The last time he smoked was on Thanksgiving, one day before he was taken to the hospital and given his diagnosis. The hospital refused to place Riley on the transplant list after his drug screening tested positive for THC.

WHY DO THEY TREAT WEED SMOKERS DIFFERENTLY?

Physicians give the excuses that “inhaling the smoke can lead to fungal infections”. Or that “cannabis smokers are unreliable and lazy”. But the majority of fears relate to the high demand for organs. There are currently 118,000 people on the waiting list. Arthur Caplan, head of medical ethics at NYU School of Medicine, tells Buzzfeed that many hospitals are “looking for some way to kick people of the list”. Extremely unethical to weigh one human’s life over another if you ask me.

“We do not transplant organs in patients with an active alcohol, tobacco or illicit drug use or dependencies until these issues are addressed, as these substances are contraindicated for a transplant.”

This ultimately would leave 10% of the US population ineligible for life-saving transplants based on drug use. Tragically, Riley was not a drug abuser. Like most people he was an occasional smoker who found himself on the wrong end of this policy. His right to consume cannabis ultimately cost him his life because of people who are still brainwashed with marijuana propaganda.

Riley’s older brother took to Facebook just after his death to inform the public of his brothers passing:

“It has been a long battle to save Riley’s life. We know that in our hearts we gave him every opportunity to survive. He will live in our hearts forever. He is now free to climb every mountain and run every river and will continue to do so with his family in spirit.”

Our thoughts and prayers go out to the young man’s family.

Weed and Bodybuilding | Everything Lifters Need To Know