How Long Do Edibles Last?

So. You want to know how long edibles last. If you’re a stoner; great. Occasional partaker; awesome. First time ever doing drugs? Well saddle up cowboy because you’re in for a wild ride. 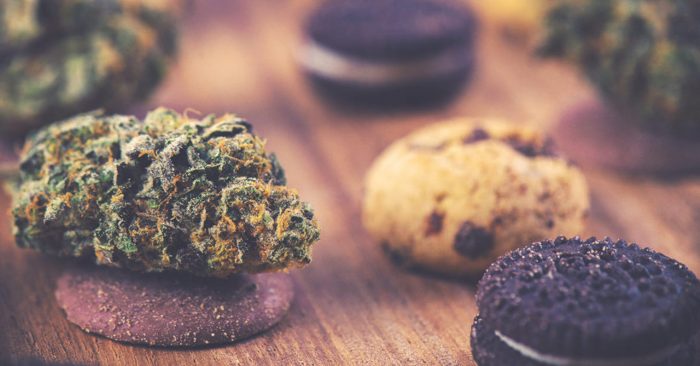 How strong are edibles?

Edibles are intense. Way more intense than a high you could get off of smoking. This is because the THC is ingested in your liver instead of directly being ingested through your bloodstream. I won’t bore you with all the chemistry facts (I got a C in Chem so I don’t really understand that shit anyway) but basically when you smoke marijuana you feel the peak at around 10-20 minutes and it quickly deteriorates until you are back to normal. Now with edibles, it takes about an hour to digest but once it does, it hits you like a brick. I’ve had highs that have lasted over 10 hours from a single lollipop.

My first time ever doing edibles was freshman year of highschool. I had only smoked weed 5 or 6 times beforehand and I thought I was Willie Nelson or some shit. I bought a 100 mg lollipop from a friend who was a year older and chewed up the entire thing. Luckily I was home alone for the entire day because it felt like I was trapped inside my own bed. The entire world disappeared except for what was going on in my head. It was a truly life-changing experience

What dose should I consume?

Now for you beginners, DO NOT ever do what I did. It was very stupid and immature. Figuring out the level of THC in an edible is extremely hard. Since I got mine from a 15 year old kid, he was told bad info from his dealer or just blatantly scammed me. Either way I’m happy he did. 100 mg is an arsenal. Especially for a rookie. I’ve heard countless horror stories from people who thought they were having heart attacks, in a fire, dying; the list goes on and on.

If you are buying it legally- First off- I hate you you. Lucky bastard. Second- stay in the range of 10-30 mg depending on you experience and tolerance level. If you are buying it illegally- make sure you purchase it from someone who seems like they have their crap together. Your best bet is probably some 70 year old hippy guy with a white beard. Those guys base their entire lives on finding “inner peace” so they will definitely hook you up. If they do yoga and try to sell you some chakra rocks that’s even better. Even if it’s not your thing just humor the dude. Thank me later.

When doing edibles, tread lightly. Serving sizes generally are not even close to non-THC foods. For instance, you probably can eat an entire batch of brownies all by yourself. For some brownies just a crumb will get you plastered.

What should I expect?

Your mental state going in is one of the most overlooked aspects of edibles. Anxiety is the #1 killer of great highs. If you have ever gotten paranoid when smoking weed just imagine that feeling tenfold. It’s all about the setting, man. Make sure there is nothing obnoxious in your way, that you’re comfortable, and have enough snacks, drinks and access to a phone charger. Get enough blankets if it’s cold out. Wear comfortable clothing (or none). For me, music is an essential step in breaking free from the world. If you like to just listen to people go by outside you window you are one creepy motherfucker. Look up a bomb playlist or find a great album. All five of your sense will be impaired and or enhanced. Order takeout food immediately after you consume the edible. It’d be a damn shame if you got hungry and couldn’t even walk straight.

If you’re trying to get just small little head buzz, look somewhere else. But if you’re going to get zoinked, there has to be some ground rules set no matter what level of experience you have with smoking pot. When done properly, edibles will take you into a whole new realm. It’s a great way to discover who you are, why you are and who you want to be. The Rastafarians use marijuana as a window for God to reveal his messages to them.

“When you smoke the herb, it reveals you to yourself.”

Nothing could be more true when it comes to edibles. Take a microdose of 5-10 mg and walk in the woods. Take 50 mg, listen to reggae and think about whether or not God exists. Whichever path you choose, edibles will provide a journey that will transform your mind

So, in short, edibles last a hella long time. When done correctly, amazing experiences will transpire. Good luck earth traveler. As you might notice when rereading this article, I took an edible before I started working. It is now 45 minutes later and I can feel the love that spotify is making in my eardrums. Welcome the journey into your heart.