Watching a movie is a great pastime when you’re stoned. Whether you’re trying to  Netflix and Chill, alone, or at a sausagefest (or clamfest) putting on that perfect movie will surely give everyone a great time. These five classics are a definite crowd pleaser every time you get the giggles. 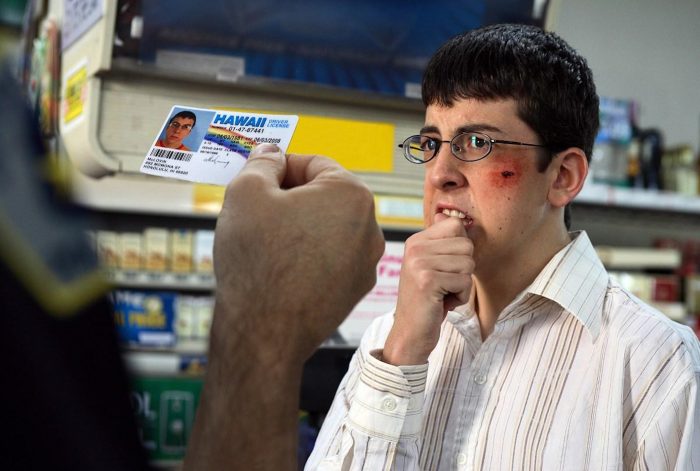 Like most stoner movies, this one was a commercial flop – only making 17.5 mil off an 8 million dollar budget. However, this movie is a hilarious time when you get high. To be completely honest, I’ve probably watched it 4 or 5 times and had to look up the plot just because I only remember laughing my balls off. It starts off with normal stoner flick characters doing a bunch shenanigans and then gets heavy once one of the gang’s friends gets arrested and his bail is set at 100,000 dollars. The three remaining friends resort to selling stolen medical marijuana and get into a pickle when ultimate drug lord Sampson (Clarence Williams III) gets pissed that they are taking a cut from his business. Stars Dave Chappelle, Jim Breur and Guillermo Diaz tie it up in addition to cameos from Willie Nelson, Bob Saget, Snoop Dogg, Jon Stewart and Tommy Chong make this movie a great time.

I’m just gonna go out on a limb here and say that anything starring Danny McBride is going to be funny as shit when high. Pineapple Express, Eastbound and Down, This is the End. He is consistently an iconic and pivotal character. However his most underrated credit is his role in Thirty Minutes or Less. Many people don’t know Thirty Minutes or Less, it only made 40 million in the box office, but don’t confuse its lousy economic performance for a terrible movie. Long story short, Jesse Eisenberg is a lazy, stoner pizza delivery guy who gets kidnapped and beaten unconscious by Danny McBride and Nick Swardson. Eisenberg wakes up with a bomb strapped to his chest and instructions to rob a bank for $100,000 so McBride can hire a hitman to kill his father and collect 50 million in insurance money. Eisenberg enlists the help of Aziz Ansari and the rest is history. 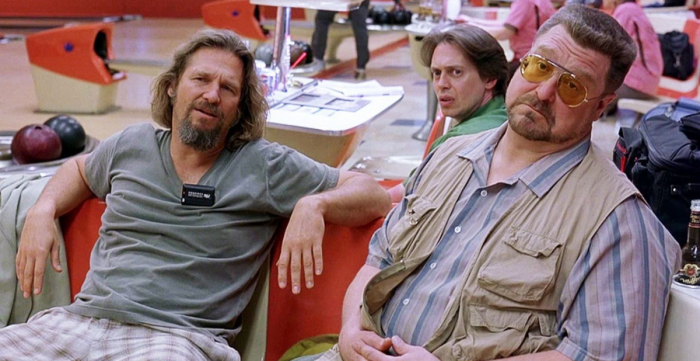 Jeff Bridges, John Goodman and Steve Buscemi team up with the Coen Brothers to make this cult classic. A tale about how Jeffrey “The Dude” Lebowski gets caught up into problems with millionaire Jeffrey “Big” Lebowski after loansharks mistakenly break into The Dude’s apartment and their dogs pees on his rug. The Dude goes to see Big Lebowski to seek compensation and the plot quickly takes a hard turn when Big Lebowski’s trophy wife gets kidnapped. I won’t give away anymore of the plot, but you know a movie is good when an entire religion is based off it.

The first two installments of the Harold and Kumar series are ones that must be seen back-to-back. They start off with a Korean (Harold) and Indian (Kumar) Americans who go on a quest to find a White Castle after they see an ad on TV. Along the way they encounter a group of adrenaline junkies, a physco racoon, and a drugged up lunatic alter ego of Neil Patrick Harris, among others. In the Guantanamo Bay sequel, the two get arrested after their ‘smokeless bong’ is suspected to be a bomb on a plane heading to Amsterdam and are sent to Guantanamo Bay. After their escape, a racist and whacko Deputy of Homeland security suspects them of being involved in a joint Al Qaeda-North Korean terrorism scheme and attempts to hunt them down. They again meet up with a drug fueled Neil Patrick Harris, meet an inbred kid, go to a KKK rally and more.

As for the third one, just trust me when I say do NOT fucking watch it.

If you haven’t seen Superbad yet, grab a bowl right now and watch it. Superbad is the epitome of a stoner movie that prudes will enjoy. The film is about how Jonah Hill and Michael Cera are about to graduate highschool and are desperate to lose their virginities. They agree to buy alcohol for a hot chick’s party (played by Emma Stone) but things go bad from worse when Fogell (played by Christopher Mintz-Plasse) uses a fake I.D. to buy the alcohol while the other two wait outside. A robbery takes place and the cops are called, however Jonah Hill and Michael Cera’s characters are unaware of the robbery and believe that Fogell got caught and run away, attempting to find a party to find more alcohol. Seth Rogan, Bill Hader and Joe Lo Truglio also star as supporting roles in the movie, making this one giant fest of fun.

So grab your munchies and put your fuzzy weed socks on as you dive deep into the realm of stoner comedy. These 5 movies will make you shit yourself guaranteed or your money back.