IS CBD The Cure For Your Unbearable Depression, Anxiety, and Insomnia?

With scientific and medicinal advancements in cannabis research, we are learning more and more about the benevolent effects of this amazing herb. There are hundreds of strains connected to promoting better health and the alleviation of problems such as depression, insomnia and anxiety through high CBD doses. 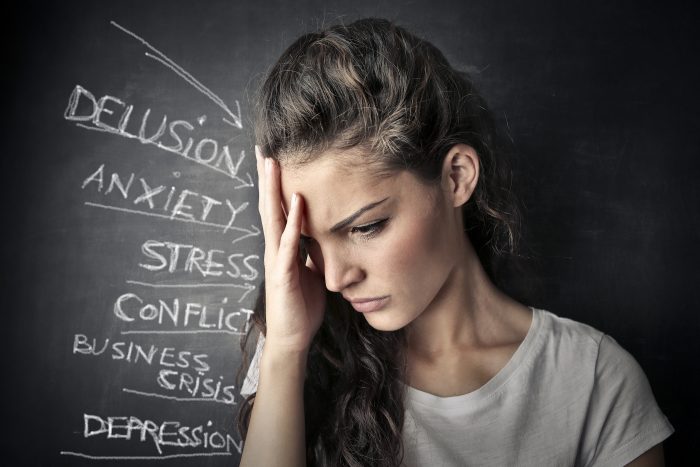 CBD, which is short for Cannabidiol, is a cannabis compound that has momentous medicinal benefits, but does not make people feel stoned and can offset the psychoactivity of THC. The fact that CBD-packed weed doesn’t get us high makes it an appealing treatment option for patients who are in search of anti-pain, anti-inflammatory, antipsychotic, antianxiety and/or anti muscle spasm effects without disconcerting dysphoria or weariness.

How CBD Affects the Brain

A receptor known as ‘5-HT1A’ is a sub-type of serotonin receptor. This is significant because anxiety, insomnia and depression can sometimes be treated with medications that aim at the serotonin system. Therefore, pharmaceutical companies developed selective serotonin reuptake inhibitors (SSRIs) like Zoloft. SSRIs work by shielding the reabsorption of serotonin in our brain, which upsurges availability of serotonin in the synaptic space. This helps brain cells convey additional serotonin signals, which can decrease anxiety, depression, insomnia and boost mood in other cases. Although the complete biological foundation for this is more complex & not fully understood, the research and advocacy for CBD or Cannabinol has been hopeful. Equivalent to SSRIs, CBD or Cannabidiol may stimulate signaling via the serotonin receptors. In an animal research project, Spanish Scientists concluded that CBD or Cannabidiol improves 5-HT1A communication and may affect serotonin quicker than SSRIs.

Stated by the National Institute of Mental Health (NIMH), approximately 16 million American adults experienced a depressive episode in the year of 2012. This metric equates to roughly seven percent of the American adult population. Globally, around 350 million people suffer from depression, acknowledged as a leading cause of disability. Though systematic treatments such as rehabilitation and medication continue to remain popular, CBD is now introduced as a possible solution.

How CBD Can Treat Depression

A study conducted in 2014, featuring animal representations, portrayed the potentials of CBD as an antidepressant compound. The animal mockups went through a series of scenarios, including swim tests, conflict tests, and a labyrinth. When treated with CBD, the subjects presented less instances of depression and anxiety. Also, there are a multitude of parents and friends alike who defend CBD oil use due to its anti-depression and antiepileptic properties. With this study and sociopolitical progress in mind, CBD can grant similar results in humans.

Anxiety-type disorders, or feelings of unease or nervousness, affect a massive slice of our populace: 40 million adults, or 18% in the United States of America who are ages 18 and older. In reply to anxiety, pharmaceutical companies established an abundance drugs to treat anxiety-related illnesses. This ranges from selective serotonin reuptake inhibitors (SSRIs) like Zoloft to sedatives, with the most popular type being benzodiazepines such as Xanax.

In current years, CBD has produced a gargantuan amount of curiosity among clinicians, consumers and scientists. The evidence suggests CBD counters many of THC’s adversative effects. Nonetheless several animal subjects & accruing evidence from human investigational, medical, and epidemiological research suggest CBD has commanding anti-anxiety effects. Similar to the sociopolitical backing of CBD oil for children with anxiety related issues, parents and advocates alike have joined together to also let their legislative representatives know that CBD oil has promising effects in treating anxiety and ADHD type disorders.

In the United States of America, roughly 70 million people are victims of insomnia, inadequate sleep or face another sleep disorder. CBD been incorrectly described as painkilling. In moderate doses, CBD is slightly alarming. Cannabidiol activates the matching adenosine receptors as caffeine, a stimulant. However, a slew of patients with sleep-related issues and disorders claim that by ingesting a CBD concentrated solution or extract, a few periods before going to bed, has a harmonizing effect that allows a good night’s sleep.

Is CBD the Cure For Anxiety, Depression and Insomnia?

As you can see from reading the findings listed in this article, CBD has extremely promising effects when it comes to treating and even curing ailments such as depression, insomnia and anxiety. Since cannabis is still listed as a Schedule I on the United States of America’s 1970 List of Controlled Substances Act, research on cannabis and cannabis compounds such as CBD are extremely limited. However, we can firmly state the current progression of CBD is one that is extremely promising in treating anxiety, insomnia and depression.