Weed and Bodybuilding | Everything Lifters Need To Know 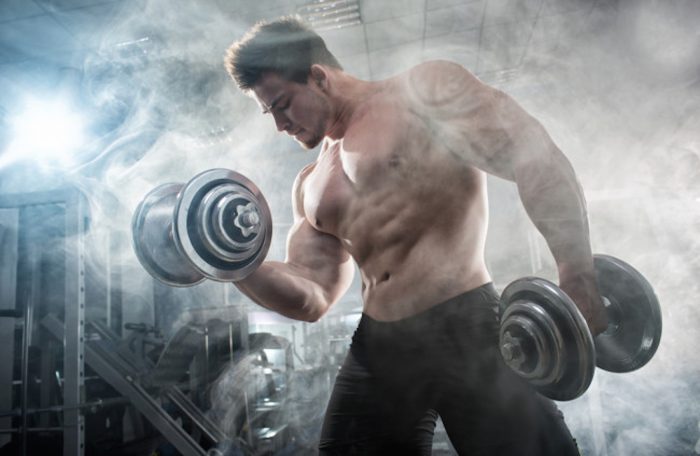 Okay, lifters – it’s time to stop justifying your marijuana habits and time to get knowledgeable about what the real benefits (or hindrances) are around weed and bodybuilding.

There is a lot of conflicting evidence out there about the effects of marijuana on bodybuilding. And, unfortunately, almost all of the research has been conducted on rats. We don’t make bongs that small!

The bad news is that the research on the relationship between weed and bodybuilding doesn’t tell us much at all. It has all been collected by watching rats run on wheels (they didn’t give the rats a bench press). But our knowledge of the endocannabinoid system and the way it is affected by marijuana can tell us a little something about how it can affect a bodybuilder. Anecdotal evidence can also shed some light on the situation. I’m talking about more than just a photo of Arnold Schwarzenegger holding a joint.

So, it seems to be that marijuana works a little bit like currency in the lifting world. It is like selling your performance temporarily to buy an increased appetite. And just like currency, if you can make it your friend, rather than your enemy, you’re a winner. If you are a bodybuilder, that is exactly how you should treat the use of cannabis. Yes, you will hinder certain aspects of your training, but on the other hand, you can also use it as a complement to other aspects. It’s all about timing and dosage.

Everything is possible – including being a bodybuilder and a marijuana enthusiast. You can have your cake and eat it too if you follow a precise recipe. And precise recipes are something bodybuilders are used to, so it shouldn’t be too difficult.

Things to know about weed and the endocannabinoid system

Before getting started on how using weed is going to affect your bodybuilding training program, it’s important to know a little bit about your endocannabinoid system and how weed plays a role. The endocannabinoid system reaches just about every part of the body, including the organs, the nervous system and the brain. In fact, it is one of the most important metabolic systems in the entire body. Using weed is like hacking into your body’s most intelligent system. So before you go hacking, you should probably learn the code.

The endocannabinoid system has its effects on the following parts of your human experience:

Basically, smoking weed has the potential to affect the entire way that you and your body perceive the world. It mainly does that by stimulating the two most important cannabinoid receptors in the body, CB1 and CB2. These cannabinoid receptors are triggered by the cannabinoids in marijuana, namely THC and CBD. When the receptors are triggered by cannabinoids, a whole series of events take place. It sometimes means the excessive action of a neuron, whereas in other circumstances, it means the total down-signalling of a system.

Marijuana’s ability to impact the sensations of pain, relaxation and appetite mean that it is important to a bodybuilder. Anything that can induce relaxation or make someone’s appetite bigger is going to prick the ears of a lifter. The potential is positive for a cannabis user, but only if the timing is divine. 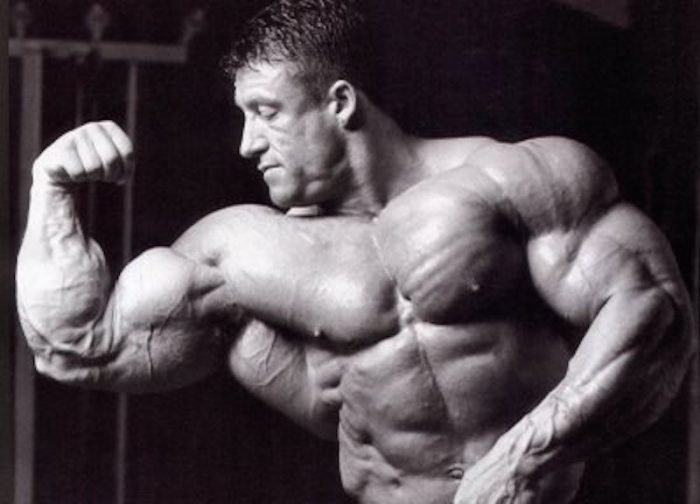 Let’s put the chemistry of weed on hold for a minute and answer the question on every lifter’s lips. Does it actually affect muscle growth? The answer to this lies in the ability of weed to affect the mTOR signalling system, which is the signal that is associated with muscle growth. Scientists think that the CB1 receptor is what signals this system into gear. However, as mentioned before, there is the potential to switch this signalling off with the use of cannabis, meaning muscle growth could be stunted.

However, it’s not necessarily true, especially in the case of infrequent use. We usually only observe the switching off of a neuron after excessive use of marijuana. Short-term use usually excites neurons, making them act stronger and faster than they usually would. Everything in moderation.

More specifically, we should look at how marijuana use impacts the production of testosterone, estrogen and the growth hormone. Some studies have been conducted suggesting that there is no real long term effect on testosterone production after marijuana use. In a particular study conducted in the 80s, it was concluded that the hormone responsible for testosterone production dropped dramatically. Mysteriously, the testosterone levels of the people tested stayed within the normal range. And in fact, the levels of cortisol and growth hormone were slightly higher after use. The test subjects were not regular users.

In another study conducted on regular users (around 5 joints a week), there was still no decrease in testosterone observed. Even when a decrease was observed, it was only for a short period of time after use, after which it went completely back to normal. Basically, the effects on the hormones that are concerned with muscle growth are really short lived with the use of weed. In order for there to be really detrimental effects on muscle growth, the decrease in testosterone needs to be greater and for a longer time. In general, all of the subjects of studies have stayed within the normal range, irrespective of how much they used or how frequently.

The munchies: how marijuana affects appetite, and how appetite affects body builders 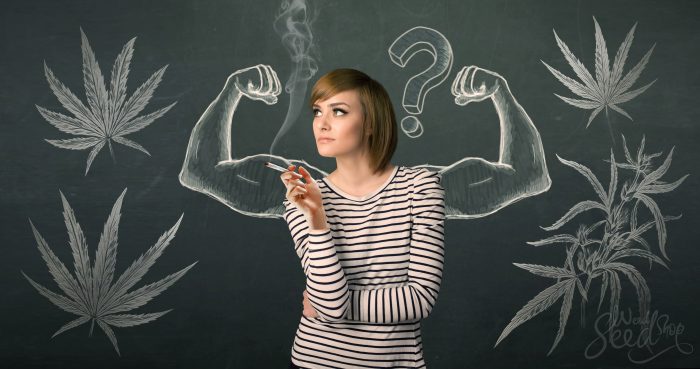 As most lifters know, it’s important to have a healthy appetite. Building muscle means having a high calorie diet. Eating is an imperative to getting jacked. This could be where some lifters suffer and it could be one of the ultimate reasons that some lifters use. One of the most notable impacts that marijuana has on a human being is the increasing of appetite for delicious foods. So, it’s important to stay away from unhealthy foods that are not conducive to bodybuilding.

With an increased appetite, it can be a lot easier for a bodybuilder to get the amount of calories they need. It’s not always easy ingesting that many calories, but weed can definitely assist the process and even make it really enjoyable. However, it’s important to recognise that with regular and excessive use, the neuron for stimulating the appetite can actually get switched off. It has been observed that the appetite in fact decreases for those who use marijuana frequently.

So, once again, it’s all about timing. Excessive use can cause your appetite to decrease, and this is definitely something bodybuilders don’t want. If you use marijuana intermittently, the effects will remain strong. That’s to say, you won’t build a tolerance. The munchies will always stay a part of your cannabis experience if you don’t overdo it. By the way, the act of smoking burning plant matter can actually have the effect of reducing the appetite. Think about it – smoking is associated with a fast heart rate and increased metabolism. So perhaps there are other ways of ingesting to consider, like vaporizing or edibles. 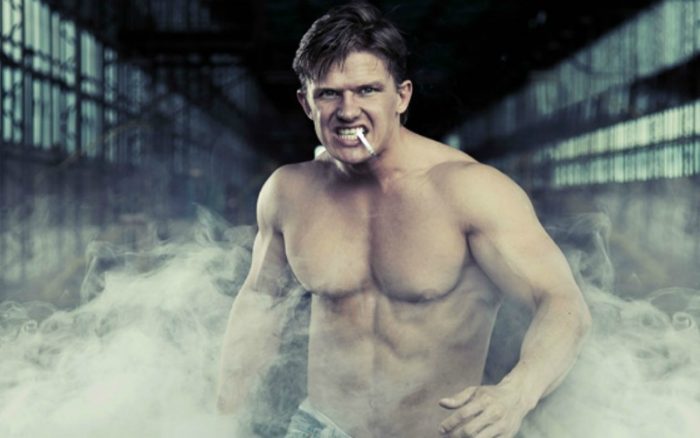 There is much more to the story than just munchies and hormones. There are other immediate effects from using ganja that can be extremely beneficial to lifters. Speaking on the topic of recovery after training, Mary-Jane comes to the rescue. To put it really simply, weed helps people relax, and there is definitely evidence to suggest that it can be a muscle relaxant. It is for this reason that marijuana is given to children with epilepsy or people who suffer from spasms. It makes your muscles chill out.

Every lifter knows that stress plus rest equals progress. After an extremely intense training session, even rest can be difficult. This is where weed comes into play a significant role. For situations of over training, which can cause severe problems for bodybuilders, marijuana is a great medicine. The entire nervous system can be relaxed with cannabis use.

CBD, which is one of the main cannabinoids of marijuana, is responsible for an anxiolytic effect. It does so by increasing a particular hormone which indicates a more relaxed nervous system. A relaxed nervous system leads to a happier athlete whose muscles and nerves can actually recover after training. More to the point is that over training can begin to hinder the performance of a bodybuilder. Marijuana is an opportunity to interfere with that hindrance, and keep the trainer at an optimum level.

We all know that sleepiness is a common side effect of using marijuana. This is why some people don’t like using it before training. But to avoid overtraining syndrome, it is perfect. A workout can leave the muscles and body vibrating, effectively making it difficult to get to sleep. The assistance into relaxation can be a godsend for bodybuilders. Low and behold – get your timing right! In fact, smoking before a session could lower your motivation a little bit. But using after a workout and before bed can actually work in your favor.

Things to be careful of…

Most of this is speculation, but there are some things to be wary of before you decide whether using weed and bodybuilding is a good idea. Firstly – be aware that cannabis affects men and women differently. In fact, the truth is that it affects everybody differently. In some people, marijuana use severely decreases reaction time and coordination. These are cognitive tools that bodybuilders need for optimum performance.

It can also be that excess marijuana use can lead you to the feeling of exhaustion much faster. Chronic marijuana users don’t generally have the capacity to exercise that non-users have. That is why it is recommended to keep your use to a minimum if you are trying to gain some muscle. If you aren’t going to use minimal amounts of marijuana, at least use it wisely to handle appetite and sleeping patterns.

For what it’s worth, indica and sativa also have different effects. It is pretty lazy and basic to say that indica makes you tired and sativa makes you energetic. In fact, there are many hybrid strains out there that can be a mixture of both. The most important rule is to know yourself! Learning the way that marijuana actually affects you (rather than the way everybody tells you it affects you) is what allows you to make good choices for your life.

Inspiration for lifters wanting to get high

At the end of the day, it’s up to each individual whether they choose to use weed during their training periods. There’s no true “right” or “wrong” way to do anything. Other than, of course, paying attention to how the herb is affecting you. So, if you’re sick of the judgement and wishy washy sciency shit, here is some anecdotal evidence of the benefits of weed and bodybuilding.

Of course I’ll start with Arnie. You all saw the pictures. And, well, we can’t deny the size of those muscles. Arnold Schwarzenegger was a self proclaimed pothead who said that it had basically no interference with his training. In fact, he testified to how much it worked for him during his training periods. If arms that big aren’t enough inspiration for you to give it a try, maybe this video from Artemus Dolgin will provide some inspiration.

His marijuana use is basically regular, and he says that it helps him focus. One thing I love so much about his testimony is that he praises marijuana for how it helps him. But at the same time, he says it is important to become independent from it so that you never feel like you really need it.

It is important as an athlete to be hyper-conscious of everything you put into your body, and that includes ganja. It helps to have a specific reason for use, such as sleep or relaxation, but not to use mindlessly. This is what can come in to stand in the way of you and optimum performance.