Jeff Sessions recently rescinded the policy protecting legal marijuana states from interference with federal law enforcement. Many Americans are wondering what this means for the future of the cannabis industry.

The cannabis industry is hopeful that federal prosecutors will allow them to continue with business as usual without being charged with a federal crime. The conservative opinion of Sessions is shocking for most considering in 2016 Trump agreed with allowing states to choose their own marijuana regulations. 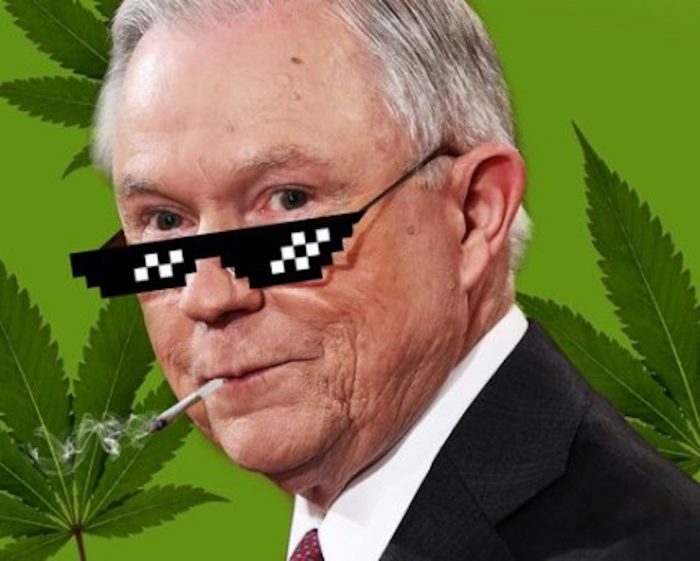 A Look At What Legal Marijuana States Are Facing

Ah, the sound of the new year ringing in. While this may be a great time for some to restart those new year, new you goals, some are scrambling for what their future may bring. Licensed marijuana retailers are uncertain about their future and what could come of this.

During the Obama Administration, a policy was formed to ease the enforcement of federal marijuana laws in states that legalized the plant. This policy prevented federal prosecutors from pursuing a wider array of criminal charges.

On January 4th, 2018 attorney general Jeff Sessions rescinded this Obama-Era policy which unleashes federal prosecutors to charge anyone violating federal marijuana law with a crime. Without this protection, marijuana’s legal future has been put in question leaving many people weary of their job security and legality.

Who is Jeff Sessions?

Jeff Sessions is the United States Attorney General. He was voted into office during the Trump administration in 2017. Sessions made his opinion apparent during a congressional speech that he did not agree with marijuana legalization and believed strongly we should follow federal law. He made the following outlandish statement:

“I reject the idea that America will be a better place if marijuana is sold in every corner store. And I am astonished to hear people suggest that we can solve our heroin crisis by legalizing marijuana—so people can trade one life-wrecking dependency for another that’s only slightly less awful, our nation needs to say clearly once again that using drugs will destroy your life.”

So what does this mean for legal states?

Most legal marijuana states are resuming business as usual as this may not change much for them. Alarming to some, but most federal prosecutors will not pursue anything they didn’t before. While this leaves the feds with the power to decide, we are hopeful that it will not create many waves in the multi billion dollar marijuana industry. Trump had stated in a 2016 interview that he would prefer to give the states the power to choose their own marijuana laws. You can read more about that here.

This new anti-marijuana policy rescinding brings to light just how uninformed people still are about marijuana and its potential. This policy brought protection for the multi-billion dollar marijuana industry and without it people are naturally weary of the future of cannabis. As of currently, there is little to worry about, however it is concerning that our attorney general claims marijuana is “slightly less awful than heroin.”

The Productive Stoner's Guide to Dominating Life, Every Single Day