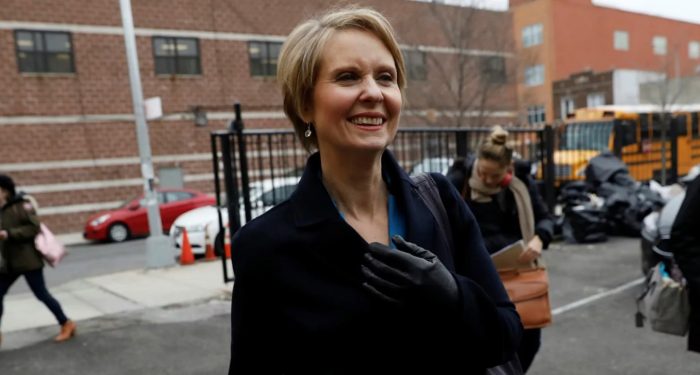 You Go Girl! Cynthia Nixon In The Running For NY Governor

You may know her from the popular show Sex and The City but she is so much more than that. She has decided to run for Governor of New York. As a powerful woman on TV, she doesn’t fall short in the real world on living up to that strong character. Cynthia made legalizing recreational marijuana the first policy plank of her campaign.

Cynthia noted that legalization was a necessary step toward reducing racial inequities in the regards to the criminal justice system. In doing so, it may help Nixon make major steps to gain support among black voters. While the opposing, democratic Governor Andrew Cuomo has expressed concerns about recreational marijuana being a “gateway drug,” however due to New Yorkers growing support for legalization, he has hinted that he is willing to consider legalization.

In a recent video, Ms. Nixon recorded at home in her living room can be seen below:

In 2014 Mr. Cuomo signed a bill legalizing the use of medical marijuana. He has proposed decriminalizing public possession of small amounts of marijuana. However this has not been passed through the state Legislature. He’s been reluctant to welcome full recreational legalization. Sixty two percent of registered New York voters support the full rec legalization according to a November 2017 survey done by Emerson College.

What Does Gov. Andrew Cuomo Think Of Ms. Nixon’s Stance On Legalization?

When asked about Ms. Nixon’s take on legalization, Mr. Cuomo dismissed the entire idea that New York was falling behind the eight other states that recently legalized recreational marijuana. He stated that “There are many opinions, there are many cultural opinions, there’s a lot of division in the Legislature, I’m trying to depoliticize the issue and say, let’s get the facts.”

Ms. Nixon wants to end the injustice of putting New Yorkers in prison for marijuana. But to start, she’d like to also have correction of past injustices by expunging prior convictions, particularly for nonviolent offenders whose only convictions are for marijuana use.

Bruce Gyory, a Democratic political consultant who is not on either campaign trail stated “By pushing for this, it not only helps her to younger minority voters but younger progressive voters. But the question is, will it be a motivator to vote?”

Good question Mr. Gyory! While nothing but positive feedback has been shown in this debate, we are rooting for Ms. Nixon!