Miley Cyrus Said Weed Made Her Do WHAT??

It is no secret that Miley Cyrus has been known for her love of marijuana. But recently she has come out to defame the cannabis plant by blaming some of her actions on the herb. Miley Cyrus said weed wasn’t good for her and claims she needed to “clean up her image”. That meant putting down the pipe.

Instead of leaving well enough alone, she chose to go on the Tonight Show and speak to Jimmy Fallon about the reasons why she is now sober.

She blames her poor wardrobe decisions on the fact that “she was high.” Remember all those weird animal suits? Yeah, weed did that. 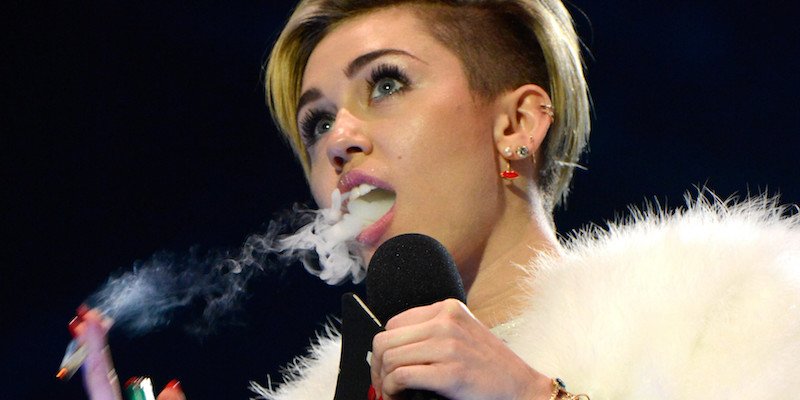 She also came forward and shared a dream she had involving death and marijuana. While she did admit nobody ever died from smoking weed, she said it’s because no one ever smoked as much weed as she did.

It seems that Miley’s change of heart has her coming out against marijuana, blaming all her bad decisions on the innocent cannabis plant.

What do you think about what Miley has said? Do you think that marijuana caused her to wild out and do all the crazy things she’s done over the years? Or is she just looking for something to blame other than herself?

How Strong is Gorilla Glue #4?