Cannabinoids 101: What is CBG?

There are quite a few different known and unknown compounds known as Cannabinoids in Mother Nature’s most giving plant: Cannabis. Today, we will be exploring the fascination and medicinal property with a recently studied Cannabinoid known as Cannabigerol. 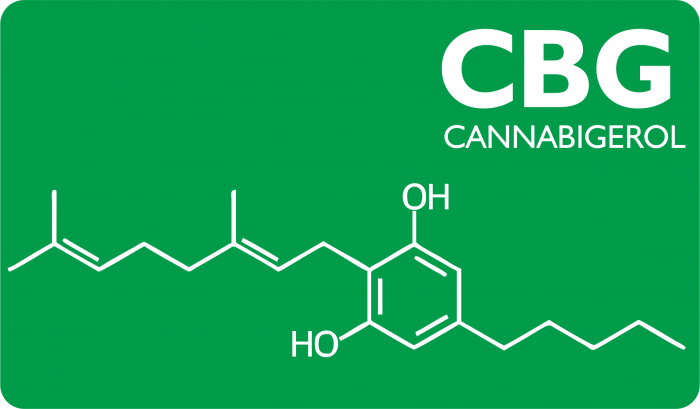 Cannabigerol, or more commonly referred to as ‘CBG’ is a non-hallucinogenic cannabinoid found in the Cannabis plant. CBG is a form of cannabigerolic acid, or ‘CBGA’ that is non-acidic and belongs to the parent molecule. Also known as ‘mother cannabinoid’ from which a slew of other cannabinoids such as CBD and CBG are developed. Once most strains of weed begin their flowering process, most of the Cannabigerol has been transformed into other cannabinoids, mainly our beloved tetrahydrocannabinol, also known as ‘THC’ our other known lover: cannabidiol or ‘CBD’. After this process is completed, there is typically around less than 1% of CBG in the cannabis plant.

What is CBG used for?

Due to its non-psychedelic effects on the body, CBG portrays a hopeful range of potential utilizations not only for the issues aforementioned, but also as a pain-reliever, treatment for psoriasis, and also as an application for depression. CBG is currently being praised for its medicinal properties by consumers as well as researchers. Scientists are thrilled about the primary Cannabigerol findings and are encouraging further research on isolated Cannabigerol as well as CBG in conjunction with different cannabinoids and rehabilitations for the treatment of various illnesses.

The research and findings of CBG

Cannabigerol is displays true promise as an anti-carcinogen. Studies have shown CBG to be quite the fighter against cancer. Unambiguously, CBG was revealed to negate receptors that cause cancerous cell growth. In one particular study, Cannabigerol was shown to prevent the development of cancer cells in test mice, therefore decelerating colon cancer cell growth. Cannabigerol inhibited growths in the colon, ergo showcasing an exhilarating likelihood for a cure for colon cancer.

In a study conducted with Cannabigerol just last year, scientists have discovered that a type of CBG cleansed to counteract delta-9 Tetrahydrocannabinol was an extremely effective appetite restorative in mice. This promotes the idea that CBG is a therapeutic possibility for the muscle atrophy and severe weight loss seen in twilight stages of cancer and other diseases known as cachexia.

CBG has showcased a ton of promise in recent years and only seem to gain more traction as we are learning about more cannabinoids. Cannabigerol could be quite the key to reversing and preventing bladder, muscle and colon-related illnesses and cancers.