The Productive Stoner’s Guide to Dominating Life, Every Single Day Well, we all remember those high school days, where the most productive day was the one in which you laughed the most and worked the least.

I remember feeling totally accomplished after scoring weed with some of my friends. I guess those days are over for most of us who are reading this. And if those days are not over, you probably don’t need this article.

You are probably familiar with a different level of productivity if you have left the very cosy walls of high school and have entered the harsh realities of college or working. Essentially, you need to get shit done. So how can you keep your long time friend, weed, and remain productive?

This is really easy for some stoners. For others, it is a little bit more of a challenge. But still, you want your cake and you want to eat it, too. I understand. You want to get things done and you definitely do not want to give up the herb. Maybe you could heed some of the advice in this article if you think you are one of those people who is a little slow at getting things done when they are high. Not everybody needs guidance on how to stay productive while they smoke weed, though – which is consolation for those who want to be hard-working stoners. The productive stoners are probably already following the advice I’m about to give you.

So before we start, we need to banish some misconceptions from the mind. There are many weed users out there for whom herb does not interfere with their job or their productivity. It is just a myth that weed makes you lazy, and it certainly doesn’t have to be a fight to get things done as a stoner. It’s just a matter of following a few simple rules so that you can capitalize on your weed experience. I hope you are looking forward to incorporating weed into a productive, hard working and rewarding life. 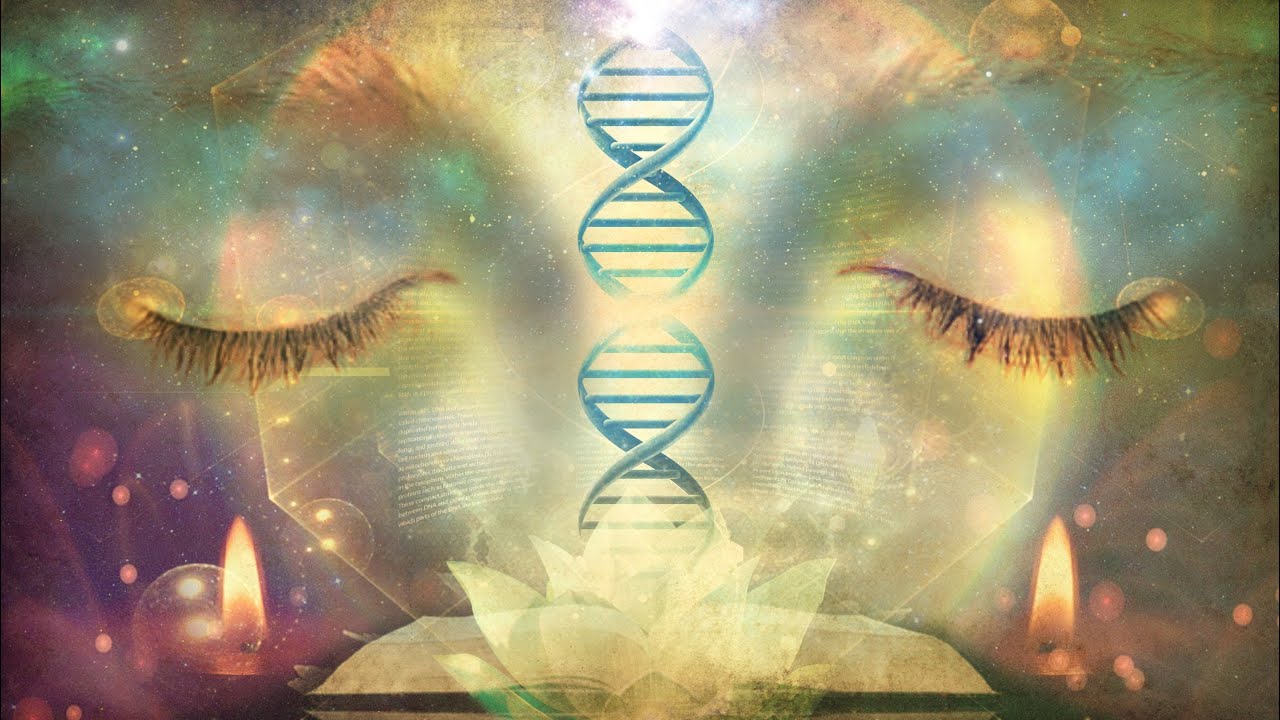 This really is the number one rule – and the number one rule to any question you have in life. I’m going to assume that on some level you already are a stoner if you are curious about being a productive stoner. So first, know what happens to you after you smoke weed. Somehow, there are stoners out there who can smoke bowl after bowl and still maintain an incredibly intellectual conversation with someone. But let’s be honest. Most of us, after a fat joint, enter what can only be considered as a brain fart. Greening out and not knowing what to do. Stringing a coherent sentence together can seem as hard as climbing Mount Everest.

So, which one are you? The reason this is important is because we have to know our capabilities. Some of you will downright refuse to drive stoned because you know you will be a danger to others on the road. The same applies in the workplace, my stoner friends. This will help you navigate through the next piece of advice.

1. Don’t smoke before going to work

I hate making hard-and-fast rules, and that’s why the first rule is to know yourself. Firstly, if you’re lucky enough to have the kind of job you have to show up at, it pays to show up on time and well, sober. Wake and bake – yes, I love it too, but it may not be the most productive choice if you have a 9-5 style job. It can be extremely tempting to get distracted on your way to work if you are already stoned before you get there.

I used to find that toking on my first break was better than toking before leaving for work. It can be easy to lose all motivation for going to work if you are already high before you leave. The mission can already seem accomplished, if that makes sense. It’s better to get started on tasks at work before indulging in the herb. Depending on who you are (know thyself!), maybe it’s better not to smoke during working hours at all. No hard and fast rules here, just some steady advice!

It’s also may not always about you. Sometimes, it’s just better that your colleagues don’t see you stoned at work. The last thing you want to be is the token stoner in your workplace. That might put you into a ‘forced unproductivity’, avoiding tasks so that your boss won’t know you’re stoned. This is not how to be a productive stoner.

So, time yourself well. If your job won’t permit you to be stoned at work, you can save your smoke for afterwards. You can run off for a toke right before the after work drinks start, or you can enjoy your smoke when you get home from a long day at work. The infamous stoner memory – we are all aware of it and how heavily we are affected by this phenomenon. It can be almost too easy for things to slip the mind of a stoner, especially the finer details. For that reason, it is very important to make to-do lists. You can make to-do lists that cover the whole week, or ones that cover your day-to-day tasks.

To make things clear, you should make your to-do list before you smoke something. I don’t need to explain the importance of that. So now – tape it to your computer. Put it on your fridge. Put that to-do list somewhere it’s going to haunt you until you’ve finished it. That’s the kind of pressure that ensures you are going to be a productive stoner! While you’re in the middle of watching animal videos or listening to auto-tuned chipmunk videos on YouTube, your to-do list will remind you to turn that crap off and get back to work.

Whether you smoke weed or not, physical activity is a huge contributor to your overall feelings of productivity and wellness. So many of us are stuck behind a computer at work all day. Or even worse, some of us are addicted to video games (especially when high). No judgements here, but it is important to do some exercise! Getting the blood moving is one of the best ways to keep the energy alive in the body and raising the motivation.

Laziness begets more laziness! The only way out is to break the cycle. If being high gives you motivation to exercise, then that’s OK! There’s nothing wrong with smoking a joint and going for a nice long walk to move the blood and activate your endorphins! Regular exercise will keep you feeling active and motivated and will ensure your productivity. If you’re wondering why you feel lazy, tired and unmotivated all the time, it’s time to check your diet. Sure, pizza tastes delicious when you’re stoned, but it certainly is not helping to keep your body in optimum condition. Weed loves your body, and if you show your body a little love too, then it will reward you by performing with full productivity.

Keeping the body well-nourished is one of the best ways to keep the mind healthy. It is even better than a well-oiled machine when the body is properly fed. There will be no time to be unproductive because you will be active all of the time.

Eat plenty of fruits and vegetables. Avoid really greasy foods, extremely salty food and too much processed sugar. For what it’s worth, don’t drink too much coffee, either. Rather than making you feel more energized, it can actually make you feel less energized in the long run. Keep coffee to one a day, and fill up your body with plenty of fresh food!

6. Pick and choose your strains

There are different strains for every occasion. Pick the appropriate strains if you are the kind of person who needs to be high all day to manage different things. Perhaps smoking the powerful Chemdawg strain right before a physically demanding task isn’t the greatest idea. Be clever about your ingestion methods, too. Some stoners swear by edibles at night time because of how powerful the knock-you-out effect can be. On the other hand, smoking a good sativa could get you ready to take on your day.

Do I need to mention it again? Know thyself. And know thy strains.

7. Don’t use weed as a distraction If you want to stay good friends with sensei master herb, then use but don’t abuse. If you use weed as a distraction, you’re sure to end up losing all productivity. In fact, this is probably the number one reason that stoners find they feel lazy or unproductive sometimes.

So how do you know if you’re using it as a distraction? Well, if you feel like you need to have a toke to get motivated to do anything, then you’re probably using it as a distraction from the thing you actually need to do. It’s not necessary to toke before sending an email. Not every event in life is stressful. If you are convincing yourself of that, then you’re probably just using weed as a way of procrastinating from what you have to do.

Save the toke as the reward once you’ve finished your task. That way, you won’t let your weed distract you from what you have to do, but rather it will be the reward for all of your focus and hard work later!

8. Who’s in your stoner circle?

Ok, the stoner circle is not a place to judge and reject people. But still, we are who we hang out with. There’s nothing wrong with smoking weed with your unemployed friends and hanging out. But don’t let them convince you to hang around for one bong too many, making you late to work – or even worse, calling in sick. It might sound more fun to hang out and play Street Fighter now, but you won’t be saying that when the two of you are unemployed and nobody can afford a bag of weed.

Remember what it is that makes you special among your stoner friends. You’re the productive one! Don’t let the less productive ones convince you to go to the ‘other side’. In fact, maybe you should recommend that they read this article! Maybe you can save the stoner circle for the weekends.

9. Take a tolerance break every now and then 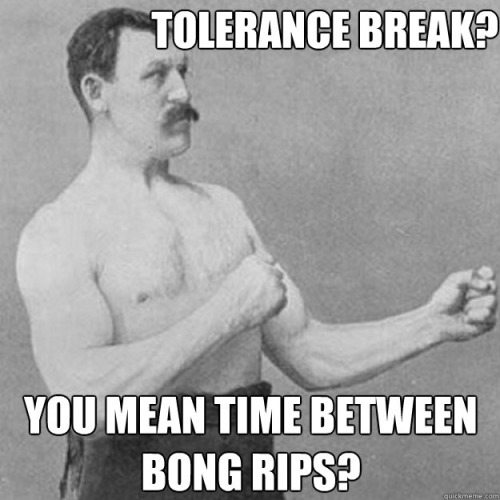 That’s right. This is the piece of advice that every stoner hates hearing. It’s good to re-enter the boring, mundane world of “food only tastes average”. It keeps you excited about weed – and life, believe it or not. If you get too attached to weed, it can lose its speciality. Then it’s going to be really hard to find the motivation to get things done. Even your even smoking session will start to seem mundane.

So, every now and then, take a couple of weeks to focus hard on your job or projects. This will also help to keep in check that the reason you love smoking weed is also because the rest of your life is splendid. Remember that a healthy balance in all the things you do is the best recipe for success!