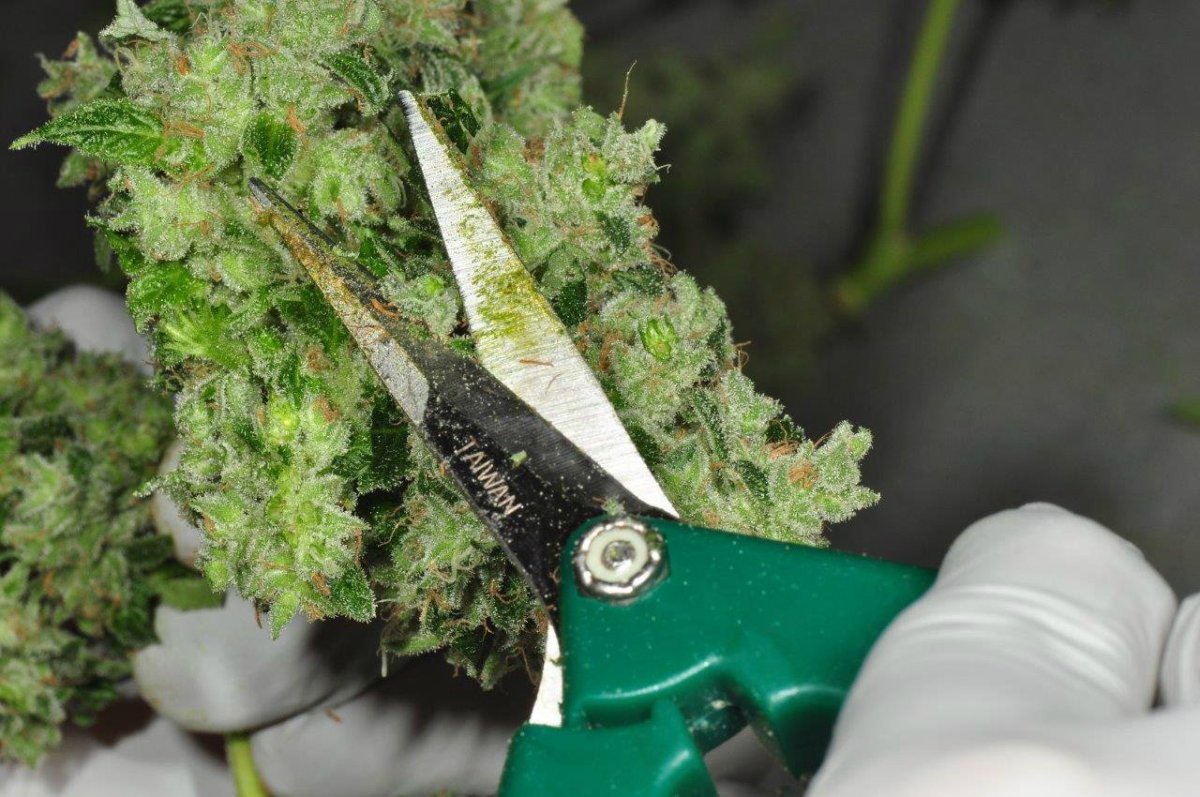 When I first started smoking back in Tennessee, I hated shake. I was saying the same thing about it, that it isn’t good, it’s trash but I would still smoke it, especially since, more often than not, the weed man would throw in the shake for free. Since a lot of people view shake as bottom bag hand-me-downs, I can often find a half for $35 and an ounce for $60 in my local dispensaries.

The thing with shake, though, is the THC levels doesn’t usually compare to that of it’s perfectly nugged counterpart. This could be because of how shake is made, by packaging the fallen leaflets of bud. Shake usually tests out 18 percent and lower, but you can find some higher. It’s also known that stems can be found throughout a bag of shake, which isn’t very appealing to smokers, but necessary for me and I will tell you why here in a bit.

Budtenders often tell me that shake and trim, Sweet Leaf & Kief to be exact, is the best for oil or butter. It’s already grounded up nicely for you, it’s fairly priced and you can get a great amount for the price so no worries on messing up the first batch. I plan on doing more hands on research to find the better brand of shake for cooking.

I used both Sweet Leaf & Kief’s- Blue Dream Trim at about 20.2% THC and Washington Bud Company’s Killer Strain at 24%, and they both hit me about the same, but I feel that this was because of the form, brownies vs cookies and oil vs butter. Using the oil for the brownies, they came out nice and fluffy, chocolaty and very marijuana-y with a mild head buzz and heavy body high. The cookies, however, alongside the butter, gave me a super body high that almost put me to sleep, but I like Nos, so it evened out. Let’s move to the stems and why I need them.

You’ve probably read somewhere or come up with your own method on how to make some good tea, right? I have a way to make some pretty decent tea. A lot of ways suggests throwing out the stems, or for some, eating them.

I actually save my stems for the tea, be it from a bag of shake or from a nugget. What I like to do is keep those stems stored with kief from my grinder. I usually let them “marinate” in the freezer days at a time; don’t ask me why. Then I empty out already packaged tea bags, I like Lipton green tea, into an empty tea bag that you can buy from supermarkets, with the marinated stems into my tea infuser ball and let that sit in some nice boiling water and enjoy!

Don’t waste perfect good buds of weed on tea, when you can be smoking a nice fat blunt and sipping on tea from the same stock. Try it out and tell me what you think, or tell me your way of making of tea!