Can Cannabis Unlock Your Creative Potential? 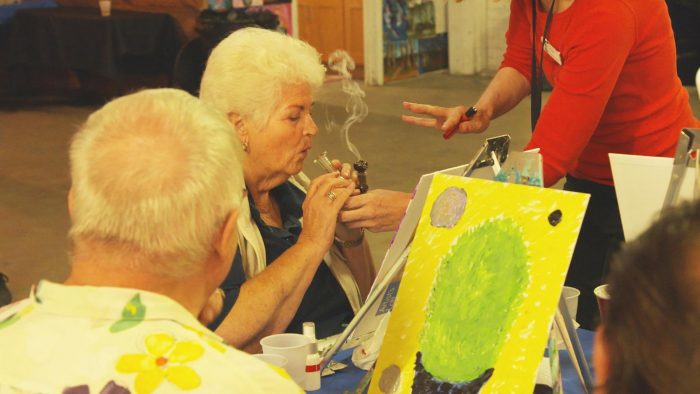 Art includes a diverse range of human activity, and can be presented visually, physically, and orally. A painting is art just as much as architecture and even scientific experiments. All work to express the artist’s imaginative or technical emotions and skills.

The main intoxicants that artists use to heighten their “visions” are alcohol, cannabis, or heroin. The main intent of this is to cover cannabis creativity.

Humans have been using drugs since Neanderthals discovered fire. According to The Antique Cannabis Book, there is not enough evidence to actually prove that Neanderthals used cannabis, but it is proven that a type of pollen was found in certain graves. This raises some questions; but I digress.

Here are some quotes about cannabis from all types of world-class visionaries and artists:

“The best way I can explain the effect of the marijuana and the hashish is that it would make me relaxed and creative.” – Steve Jobs

Marijuana “excites vocalization and empowers articulation. It transmutes language into something that is visibly beheld.” – Terence Mckenna

“The illegality of cannabis is outrageous, an impediment to full utilization of a drug which helps produce the serenity and insight, sensitivity and fellowship so desperately needed in this increasingly mad and dangerous world.” – Carl Sagan

“And God said, Behold, I have given you every herb bearing seed, which is upon the face of all the earth, and every tree, in the which is the fruit of a tree yielding seed; to you it shall be for meat.” – Anonymous, Holy Bible: King James Version

“I find it quite ironic that the most dangerous thing about weed is getting caught with it”. – Bill Murray

Ok, I will admit the God and Bill Murray quote isn’t as necessary as the rest of the quotes. But, I will stress that actors are artists, too. And God, well, is God.

However, this still doesn’t explain why or how being under the influence aids in creativity.

Creativity is the use of imagination to produce or accomplish something. Whether it’s art or science, imagination is a must. Of course, originality is a confused notion. No one is original in a sense of being the very first to apply an aesthetic or approach. I argue this because we are creatures of inspiration. We all have idols. Writers claim, “Writing is rewriting.”

“We all share these riffs, no one is stealing them,” as Dimebag quotes from a band called God Forbid, when he attended a recording session by them. One of the songs they were recording had a riff that sounded exactly like a riff Dimebag wrote back in 1990 on his “Cowboys From Hell” album. The guitar player said, “we stole this from your song, Domination Dime.”

We hear it and see it all the time. So many scientists and artists we adore are influenced by others.

The relationship between cannabis use and the creative process is well known, but remarkably complex. As with so many of the psychological and neurological effects of the drug, it appears that cannabis’ effect on creativity depends on various factors including existing mental health, frequency of use, and the human anatomy’s reaction.

The human body is like a clock. It is used to having certain things at a certain time. For instance, for artists there is a time every day that they decide to produce or practice their art. Let’s say that everyday at 4pm you grab the guitar and start playing. Now everyday at 4pm, your mind and body becomes entwined with the process of allowing your artistic creativity to flow. The mind and body is prepared to make art. Then, by adding a substance on a daily basis, you  have created a mixture of being under the influence while your creative process is flowing.

Artists are open to anything new when they are on board with combining substances with creation.

Now let’s add personality traits into the mix. Specifically schizotypy, which is a personality type in which mild symptoms of schizophrenia are present. This concept was developed in order to describe the spectrum of personality traits found in humans, from “normal” imagination to mental psychosis and delusions.

The more schizotypal an individual is, the more likely they are to experience unusual perceptions and cognitive phenomena, at the most extreme, hallucination and delusions.

A 2012 study of the relationship between schizotypy, divergent thought, and cannabis use demonstrated a clear connection. Acute cannabis use (administered via smoking) increased verbal fluency in “low creatives” to the same level found in “high creatives,” as well as increased levels of schizotypy.

But at the end of the day, creativity is spawned from within. The substances used during these “within times” only work to enhance the process. So does cannabis enhance your creative process? Yes, it does.